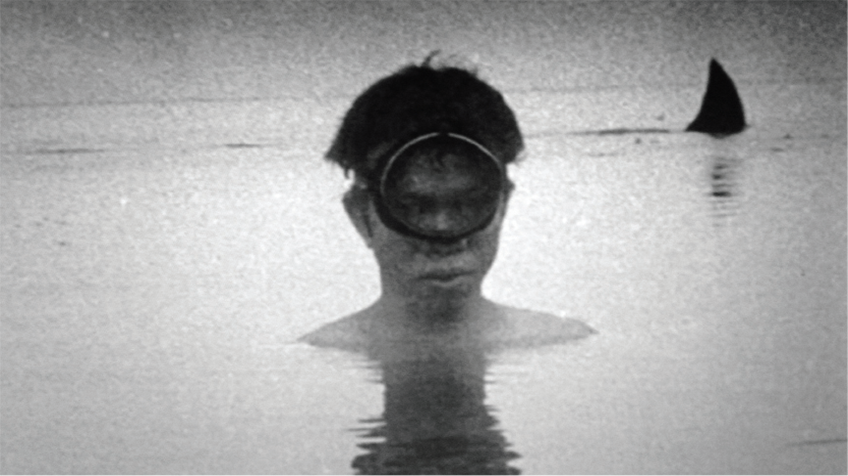 Throughout this fragmented film, dictionaries serve as a map to guide us through. The film begins with picture-alphabets for those beginning to learn English, and its end credits are listed in the alphabetical order like a dictionary index. Furthermore, we frequently encounter words from a Tagalog-English or an Eglish-Tagalog dictionary. An albino boy is convinced he is the son of an American, so he tries to learn English with the support of a Tagalog-English dictionary. Some communicate in Tagalog and some in (strictly American) English. The footage of the funeral of comedian Togo, who used to perform in Tagalog, and the sound of Nat King Cole’s sing the Filipino classic Dahil Sa ‘Yo in English pronunciation create an ironic antithesis to each other. The sight of villagers rushing about here and there in groups, kids suddenly falling into the water, sharks under the sea, and the visual of a boy crawling and making the sound of a goat must all be splinters from the colonial era. The film argues that the history of the Philippines is a matter of colonial identity and language, and offers a hilarious exploration of the gap between the language of the empire and the mother tongue. (PARK So-hyun)