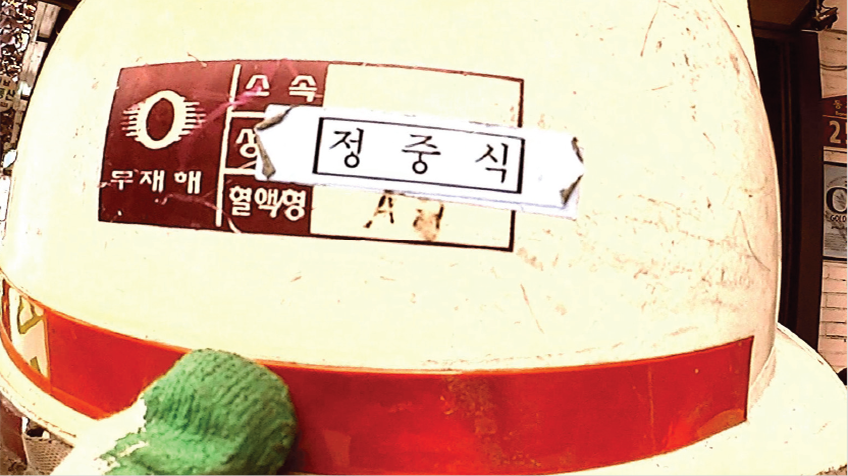 Joongsik is both a laborer and a director. He buys a Sony Action Cam in order to film himself as work and chats away incessantly. He attaches the small camera above his head, on his bicycles, and, inspired by Youtube, even onto a hula hoop. He even creates various images by placing it inside a running washing machine. During his 20s, he was in a music band based in Hongdae. Director JUNG Joongsik, who, on sleepless nights, writes a diary with music, presents us with a self-portrait of a young artist of today in his self-I Am Joongsik. His daily life as seen through the lens of the small camera is not merely a record. He goes beyond pictures and animations and speaks his mind about the society with his own songs. There is something seriously alarming and problematic with the society in which so much emphasis is placed on one’s qualifications and loving couples hesitate to have children. Nonetheless, Joongsik chooses not be impatient. The film is not simply an outlet for complaints but a critical comment on the state of the world. No matter how distressing it may be, the film tells of the realities of our society. The world is the film is seen through the eyes of a young artist who has just turned 30, who brings with him his own outlook on life and the world. Despite all this, the director enthusiastically conveys his desire to express himself and the fact that he is alive. This way, he gets rid of some of the fear and impatience and continues to survive in this world. His struggles, though desperate, are certainly endearing and appear lively rather than pitiable. Going through the second adolescence experienced after turning thirty, he accepts others for who they are, feel his own ordinariness, and actively seeks ways to express himself. Based solely on his own effort, the director has achieved the best result possible by maximizing the effects of digital media, thereby taking a step closer to his dream. (CHO Young-kag)