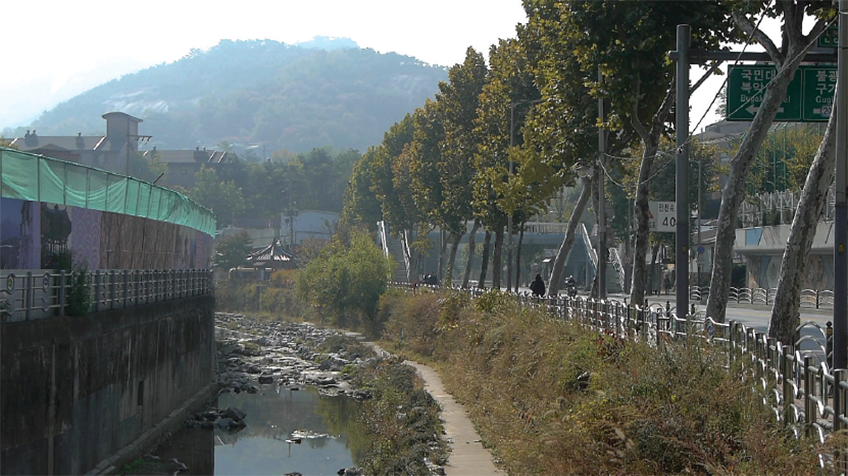 With This Thou Wilt Not Perish

With This Thou Wilt Not Perish directed by AHN Kearn-hyung reconstructs the memories of the Hongje Stream, one of the tributaries of the Han River, across the Joseon Dynasty period through to the present time. The lost records of the 18th century historical figure HEO Pil, a man skilled in poetry, calligraphy and painting, have been brought back into focus through the paintings of KANG Se-Hwang and his newly discovered poems. The film discusses this episode against the backdrop of the memories and history of the Hongje Stream, which has been put through a series of changes in accordance with the country’s turbulent political situations, chaotic memories and human desires in pursuit of convenience. Faced with the rather serious question of what history and historical records truly mean, the film calmly illustrates how ‘selected’ records and ‘archives of memories’ could either revive or erase certain people and objects. As if to eliminate the director’s voice and deliver only objective facts, the film offers detailed explanations of historical records without the aid of interviews or narrations. However, there is a paradox in that the memories and historical records presented in the film have been subjectively selected. Perhaps we are left to wonder if a documentary, which is supposed to record facts, is in fact a subjectively selected record produced somewhere between ‘remembrance and oblivion’. (LEE Chae-young)