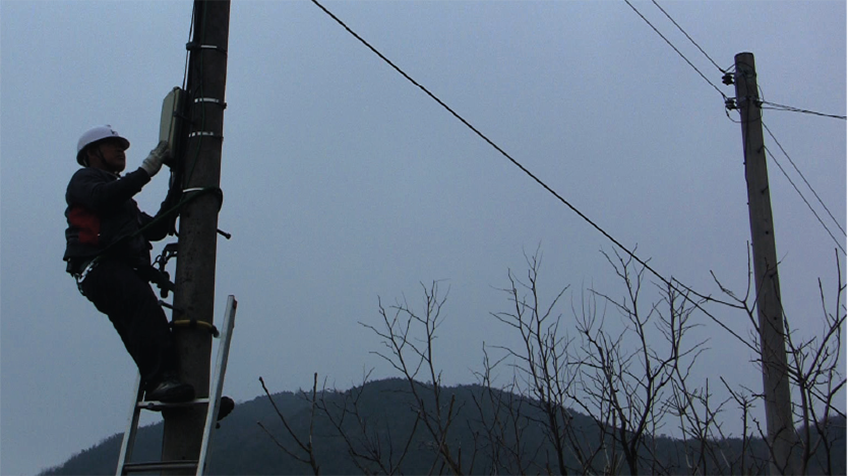 The director’s father worked for 38 years. He started his career as a civil servant in the communications department in the 70s, and continued working for the Korea Telecom Authority in the early 80s, which later went from the Korea Telecom to KT through privatization. Once an in-house professor belonging to the elite group at the company’s training center, he was assigned to a technical post in the privatized KT.Putting up with the pressure of downsizing and restricting, he set up internet connections in remote parts of the country and climbed telegraph poles. The film traces the history of KT’s privatization alongside the father’s life, and depicts how KT, which professes to be “the best people’s company”, drove out and oppressed laborers. However, KT-MAN is first and foremost a reflection upon the father’s life and the 38 years he spent without complaint. He stood by and watched the prodemocracy movements of the 80s through the window, never expressed discontent with the company, and just carried out his role diligently without taking part in the labor union. The son now hopes to understand his father’s life. Instead of asking direct questions in front of the camera, the considerate son visits the training centre where his father spent the prime of his career. There he listens to his father’s stories from the past and takes photographs of him. Perhaps what matters the most in KTMan is the hyphen placed between ‘KT’ and ‘Man’. The hyphen positioned between the life of a laborer and that of a father responsible for bringing food to the table for his family seems like the director’s effort to embrace his father who, without standing up against the unfair treatment from the company, just fulfilled his promise of reaching the retirement age in spite of all the fatigue and hardships along the way. (PARK Hye-mi)