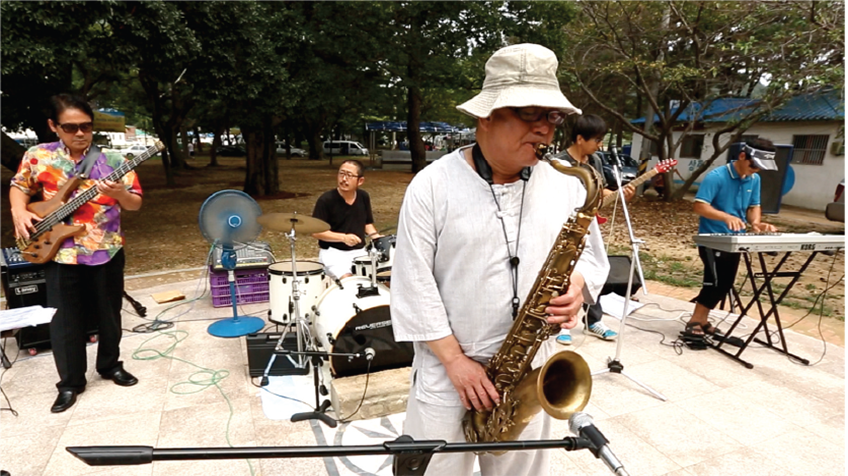 Buddhist jazz band Udambara was put together by monk Hyegwang, the leader. He recruited two of his former colleagues who performed in nightclubs in the 70s and 80s. The band later expanded to four and then five members, all actively specializing in the music of the 70s and 80s. Director KIM Ji-gon returns with his second feature documentary Highway Stars, featuring none other than these members of band Udambara. Their passion for music led them to become band musicians when they were young and for some time they enjoyed their success in nightclubs. However, as they got older and computers began providing instrumental accompaniment, they were less and less sought after. Despite being called derogatory names and looked down upon, they never once gave up on music. Now, although they are all proper members of band Udambara, they struggle to make ends meet by taking night gigs at restaurants and live clubs. Highway Stars calmly follows the turbulent history of band Udambara. The film illustrates the way obscure musicians run into many hardships in their pursuit of musical career. However, on the other hand we are led to discover the meaning of life in their struggle to keep the band together. At the same time, the film brings into focus the nearly forgotten local history of Busan’s entertainment business through its journey of retracing their past and memories. (JO Ji-hoon)