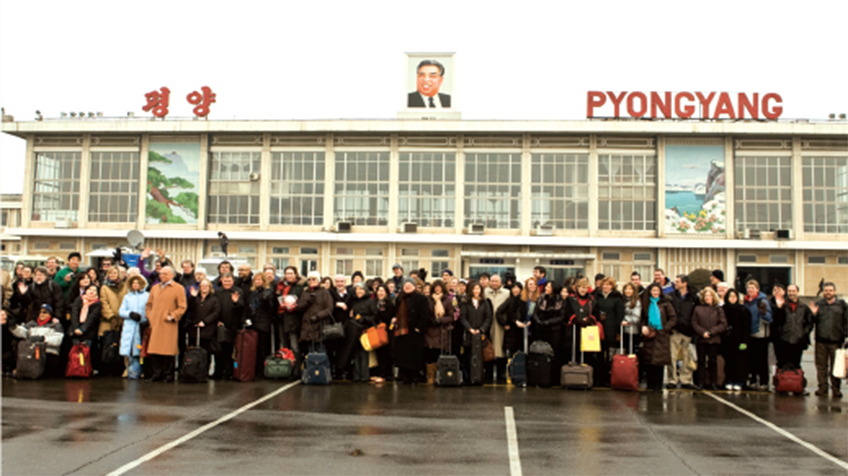 In summer 2007 the New York Philharmonic received an invitation that was unprecedented in the orchestra’s history. North Korea, the world’s most isolated and secluded country and technically at war with the United States, invited the orchestra to play in Pyongyang, the North Korean capital. In February the following year, two hundred orchestra members and more than one hundred journalists disembarked from a chartered plane at Pyongyang’s deserted airport. They were about to experience a historic moment, the first-ever performance by an American orchestra in the Democratic People's Republic of Korea. Americans in Pyongyang shows, almost non-verbally, that music has no borders and that it can penetrate and melt the hearts, and unite people. There are many highlights during the short trip: Korean and American musicians meet for the first time on stage, performing together with a technical brilliance, with little talking, just quick glances being exchanged, and with body gestures. When maestro Lorin Maazel and the New York Philharmonic were playing ‘Arirang,’ a lilting folk song emblematic of Korean people, some audience members appeared misty-eyed. The North Koreans were on their feet, applauding and waving at the musicians. The performance of ‘Arirang,’ a traditional Korean song that is very special to the South and North Koreans alike, by the New York Philharmonic at the heart of the world’s most reclusive country, symbolizes the historic significance of this concert and will undoubtedly capture the heart of audience.