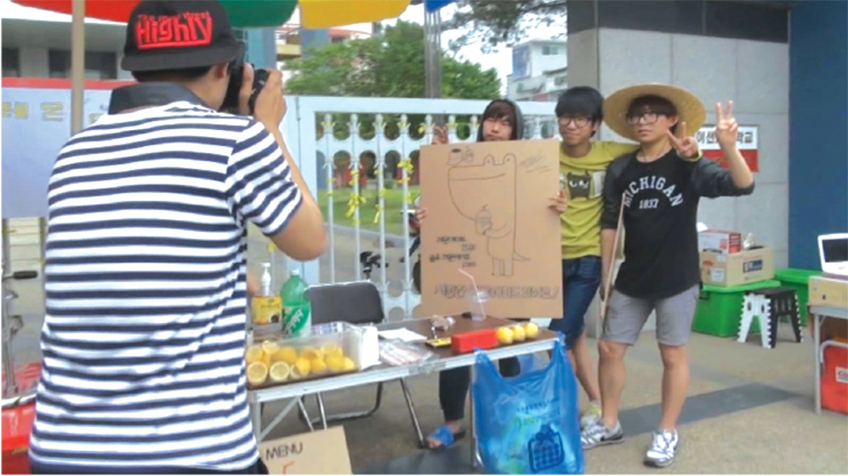 How to Sell Lemonade

Why do so many teenage directors choose to make documentaries about the very documentaries that they are making? They start off by declaring they are going to explore particular topics in certain ways, and then stealthily or rather openly stray towards focusing on their experiences of filmmaking. Indeed, many of them do find that they have to deal with some tough themes and unexpected variables. It is especially difficult to push ahead with their original plans when it comes to working as a team. Nonetheless, no matter how hard I try to understand, with some works I find their complacency simply unbearable. In fact, when I first began watching How to Sell Lemonade, I had my doubts and expected the film to conclude its story with some team members giving interviews about how exhausted they have been. Yet, perhaps due to this resignation, I found the team members’ journey of progress appealing. After all, this is no more than what it takes to make a film, isn’t it? I only wish that the film had taken just one step further. The tension with the Mall Shopkeepers Association towards the end was easily overshadowed by the story about selling lemonade. Moreover, given all their hard work, the final realization that they arrive at through the film could have been more perceptive. Conscientiousness is a virtue for sure but insight is yet another matter altogether. (AHN Seul-ki)