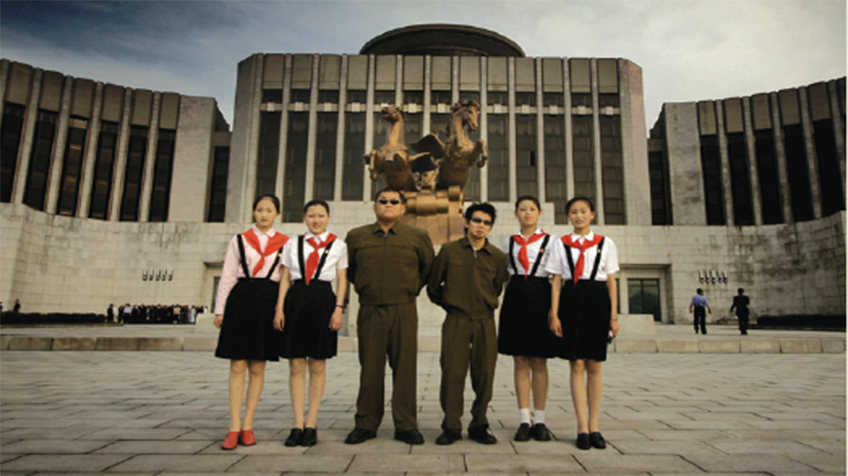 In 2006, under the pretext of being a Danish theater troupe on a cultural exchange visit, the Red Chapel was given permission to travel to North Korea with the objective of performing at special events for selected audiences. But in reality the small troupe was comprised of a journalist with absolutely no scruples, a stand-up comedian and a spastic, who had all decided to challenge the conditions of the smile in one of the world’s most notorious regimes. Two of the group’s three members, Jacob Nossel and Simon Jul, are both adopted from North Korea and none of them had ever visited the country since they were brought to Denmark as infants. In other words, this is their first meeting with the world they were born in. As the two young men come to terms with their biological roots, the troupe attempt to act and perform in a world where humor and humanity is almost non-existent. The Red Chapel presents a bizarre story about the meeting between the free-minded and the absolute surveillance society.

Through the troupe’s adventurous and desperate attempt to put a smile on the faces of North Korean people, the audience can have a very rare look into the North Korean dictatorship.​