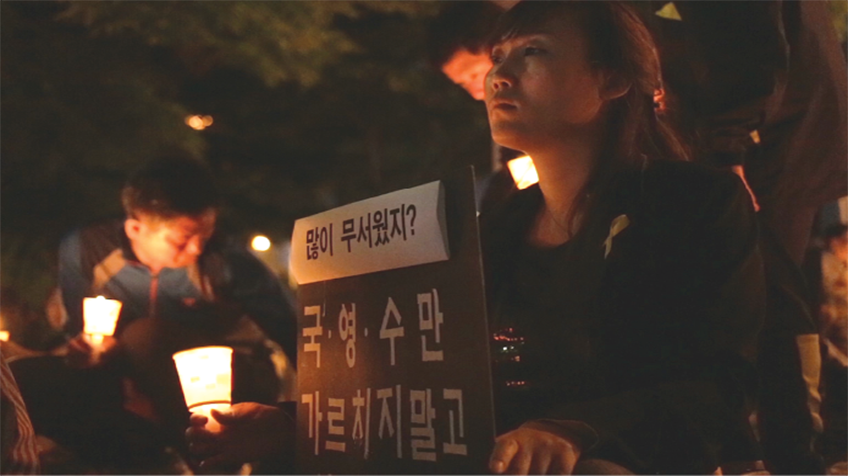 The entire nation mourned over the tragedy of the Sewol ferry disaster. However, Korea’s media, after short-lived hesitation, resorted to shallowness. Instead of analyzing the essence of what was really going on, the media went looking for punching bags and made reports of provocative stories caused by sorrow rather than sorrow itself. What difference is there between this and the production of vulgar soap operas? It seems the whole nation has turned into a kind of black comedy. When I saw the car travelling down to Paeng Mok Harbor in the beginning of the film, I made the mistake of assuming that the film would inconsiderately thrust its camera at the victims and their grief. Yet that is not what the camera sets out to do in this film. Instead, it follows the everyday life of a nursing teacher, who is a mother herself. She appears to have nothing to do with the Sewol ferry disaster and yet is connected to it in so many ways. The camera silently observes how the tragedy seeps into every aspect of her life. When she finally decides to take action, we realize what is essential and what really matters to us. I see myself in her. She is within all of us. (AHN Seul-ki)