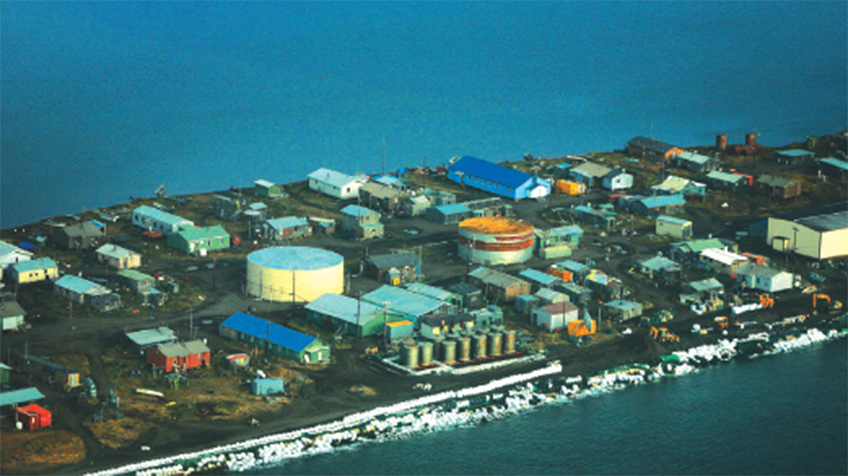 A short film about the struggle of islanders who live on Kivalina, a small island in the Arctic on the north-western tip of Canada, whose very existence is threatened due to rising water levels. For a community that has existed for thousands of years, not only their village is at stake, but their entire way of life as well. In an attempt to fight against global warming using film as medium, the director arrives on the island with a small team to film what soon will vanish. This film offers a direct look on the doomed island in the Arctic Ocean. Over the past few decades, the untouched landscape of the Arctic Circle has been slowly changing. Temperatures have gradually risen and consequently, the sea, which regularly formed a thick layer of ice in the fall, suddenly didn’t freeze any more. Instead, the water level rose, causing the sea eating away at Kivalina, swamping the coastline at ever increasing intervals. The film gives a sobering warning about the impacts of climate change. Despite the urgency and severity of the situation, the response from the authorities has been minimal.

Following the great storm of 2004, the authorities simply ordered the construction of a temporary sandbag wall. The title My Super Sea Wall is the director’s satirical naming of this make-shift measure.​