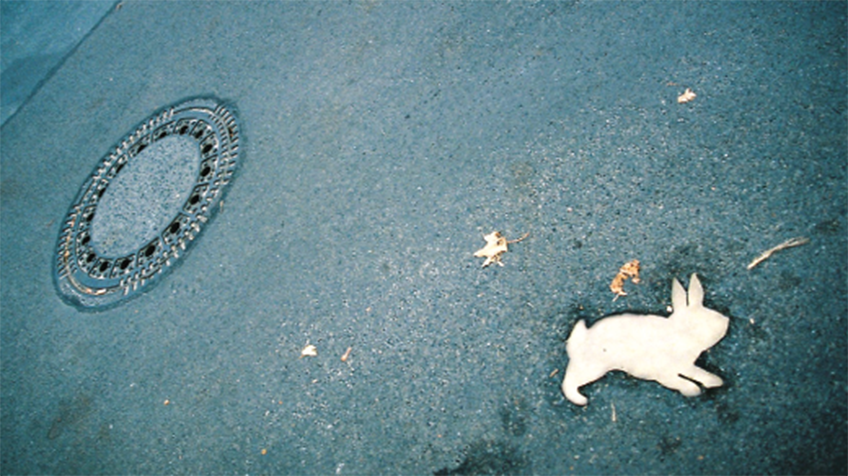 The untold story about wild rabbits which lived between the Berlin Walls. The Berlin Wall, was, in fact, two separate walls, one on the east and one on the west with a 120 kilometer strip of land between them. For 28 years, this enclosed patch--so-called ‘Death Zone’--was a paradise for rabbits; full of grass, no predators, guards protecting them from human disturbance. When their population grew up to thousands, guards started to remove them, but rabbits survived and stayed there. But one day, the wall came down and they were suddenly faced a totally new environment. They moved to West Berlin and have been living there in a few colonies. They are still learning how to live in the free world just like the citizens of Eastern Europe are. Rabbit a la Berlin tells about the last 50 years of East European history in a witty way. With rabbits as a key to the story, it is the parable about freedom and security, the irony of people’s desire to have both at the same time. Rabbits living between the Berlin Walls remind the audience of those members of the socialist society who wanted to maintain simple, peaceful life secured by the state. For these people, the collapse of the socialism and necessity to live on their own was a hard experience.