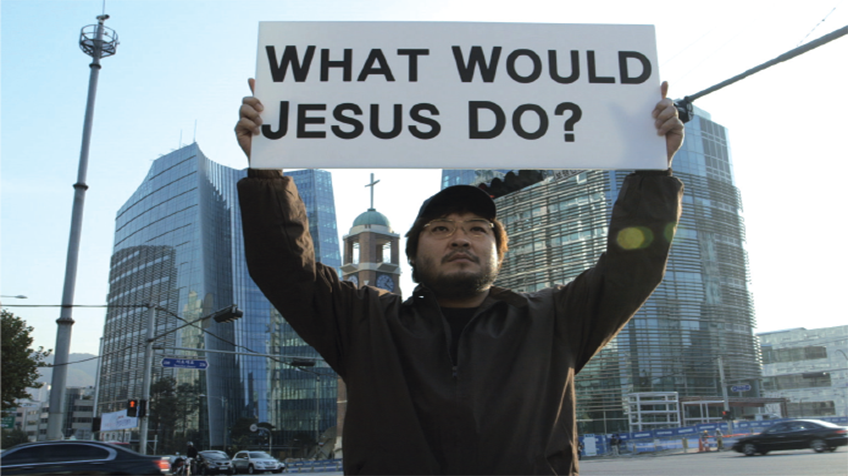 Director KIM Jae-hwan has directed his focus on the sanctuaries of Korean society, revealing the truths and lies about televised famous restaurants in The True-Taste Show (2011) and launching an attack against the very powerful current administration in Remembrance of MB (2012). On the same context, QUO VADIS introduces the oppression of labor unions by E-Land, a Christian company, and suspicions surrounding David Yonggi CHO, Senior Pastor and founder of the Yoido Full Gospel Church. By criticizing the corrupt practices of Korea’s megachurches such as passing on ministry and constructing gigantic church buildings, the film suggests that the problems of large churches in Korea are no less than the problems of Korean society at large. The director made a fake restaurant in The True-Taste Show and inserted the narration on the part of former President LEE Myung-bak in Remembrance of MB. In this year’s new film, his satire keeps going with fictional characters such as Jesus (NAM Myeong-ryeol), Pastor Gil (AN Seok-hwan), and filmmaker Michael MOORE (LEE Jong-yun). Another source of spice is a group of journalists dismissed by MBC, such as journalists LEE Sang-ho and LEE Yong-ma and product director CHOI Seungho. (MOON Seok)