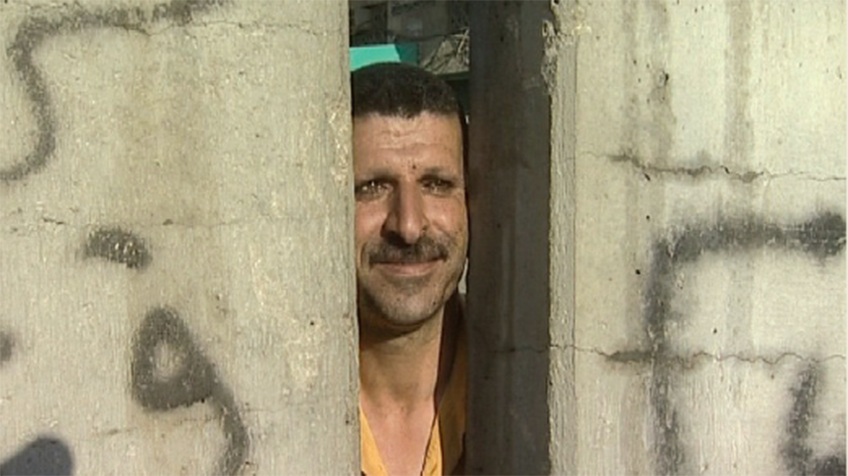 In June 2002, the Israeli authorities began the construction of a gigantic security fence, aimed at preventing Palestinian terrorists’ infiltrations. Simone Bitton’s Wall is about Israel’s Apartheid Wall. The documentary starts with the slow installation of concrete slabs, one by one, obliterating the view of landscapes and Palestinian villages, until there is not a chink of light remaining. The camera follows the gradual motion and stays fixed on the shot. We see Palestinians cut off from their land. The film shows the daily life of the people around the wall, Palestinian inhabitants, Israeli settlers, the Palestinian workers building it, passers by, and Defense Ministry DirectorGeneral Amos Yaron, who supervises this colonial project and who tells the camera that “we view both sides as ours.” On the building site of this mad wall, daily utterances and holy chants, in Hebrew and in Arabic, defy the discourses of war, passing through the deafening noise of bulldozers. Wall offers its spectators a last glimpse of the beauty of this land and the humanity of its inhabitants a moment before they disappear behind the wall. Being a Jew and Arab, she blurs the lines of hatred between Israel and Palestine as she go from one side of the wall to the other and ask questions to people in both Hebrew and Arabic.