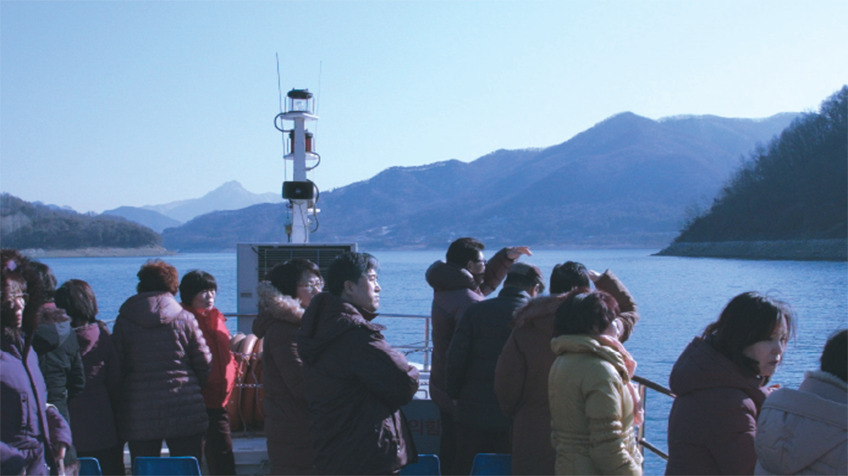 The City in the Water

As the largest in Korea, the Chungju Dam was constructed from 1978 and completed in 1985. The dam construction stretched over four different cities and counties, dislocating a total of 38,663 people of 7,105 households. As the title implies, this film recollects the history, memories and traces of life of over 300 villages to be submerged in the water and those who lived in those communities. In order to fully understand the perspective of this documentary, it is necessary to focus on another incident called by this film. In 1980, the new military group that took power dispersed or merged the press companies. This film repeatedly presents the last broadcast of the famous program of Tongyang Radio, which was closed on November 30, 1980. While the camera on the ship scans the Chungju Lake and dredges any remains of the past, memories, the living foundation, and signs of ruins sunk in the water, the film’s soundtrack repeats the desperate plead of the announcer of the program, saying “Don’t forget us.” The gestures to prove any existence, however, are often outpowered by numerous noises of the present, and dark water swallows everything inside. The deep blue water of the lake that dominates the frame just remains there as always. (MAENG Soo-jin)