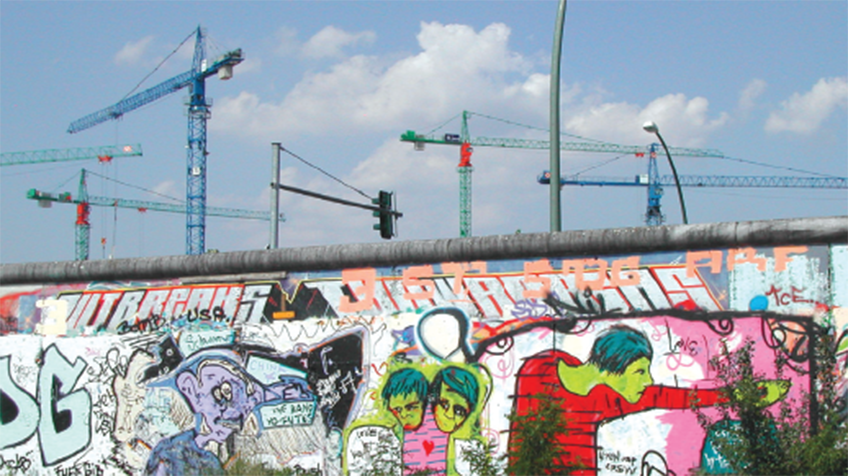 This is a European road movie that travels from the defunct Berlin Wall to the brandnew barrier at Ceuta, on the African continent. From north to south, Patric Jean goes in quest of men and women who have migrated from all over the world, giving us cheerful, affectionate glimpses of their lives as they find places in the new society, participating in it with energy and generosity. The director starts at the Berlin wall, where a Pakistani souvenir seller is saving to bring his family to Germany. In Belgium, an aged retired miner recalls his decision to leave Sardinia to find work and a better life. In Marseilles, Senegalese immigrants are amused to learn that a walled community for prosperous families is planned next to their homes in “the worst slums in Europe.” The people interviewed n this documentary have braved hardship in their attempts to improve their lives; some have risked death and most have left loved ones behind to face an unhappy and uncertain future. As the film zigzags through the borderlands, it focuses on a single theme: the new multi-cultural Europe, rejoicing in the diversity contributed by the foreigners, despite its tradition of rejecting them. The film presents an optimistic, celebratory, sometimes sardonic look at Europe and its immigration. In these true glimpses into people’s lives the plight of the immigrant is given a human face.