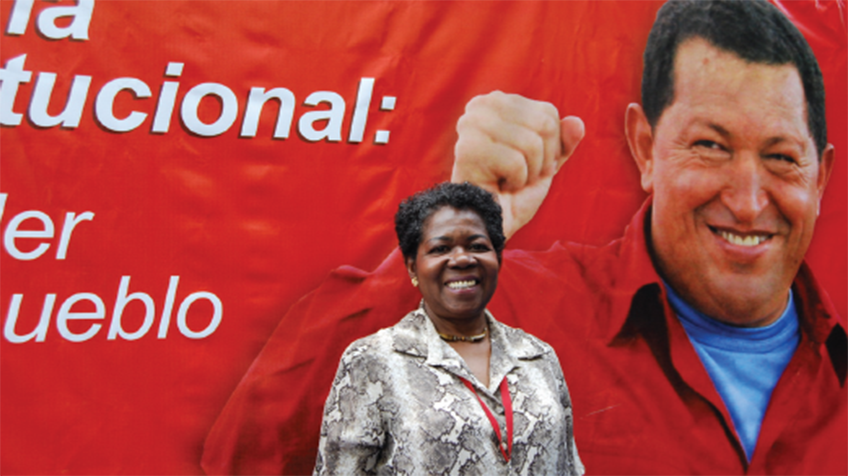 Venezuela has the biggest oil reserves in the world. But where do the profits go?

Filmed in the style of a Latin American telenovela, Red Oil asks if a multinational oil corporation can deliver President Chavez’ socialist dream. Hugo Chavez, the Venezuelan president elected in 1998, has polarized opinions both at home and abroad with his strong socialist ideals. At the center of the controversy was the nationalizing the state oil company, PDVSA, in order to use the huge profit for pursuing further socialistic goals. Filmmaker Lucinda Broadbent and journalist Aimara Reques take an imaginative look at the on-going oil saga in Venezuela. Told through the eyes of Marianella, a soap opera writer turned oil company executive, this revealing documentary explores the greed, power and passion behind Venezuela's State Oil corporation. It traces the company’s transformation from classic multinational corporation to its new role at the engine and bankroller for Hugo Chavez’ socialist revolution. The film style borrows from Marianella’s soap-opera past, powered by original music composed for the film by the up-and-coming Caracas band La Redonda. Twists in the plot take us from the US-dominated oil industry of the 1920’s through the drama of the oil-fired right-wing coup against Chavez in 2002 and the strike that nearly paralyzed the industry, and bang up to date with high-stakes corruption scandals.