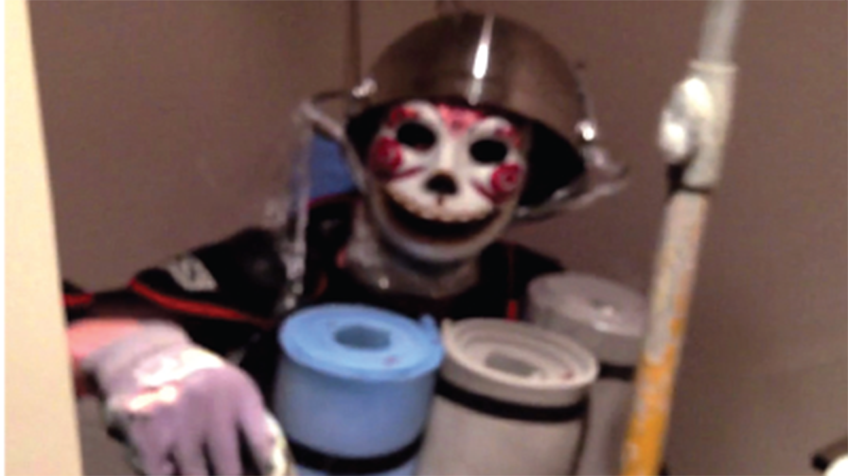 Conquering fear by manufacturing scares: that’s what the teens in Hoax_Canular do with their webcams, unleashing rumours of the end of the world. Dominic Gagnon continues his work with amateur online videos; this fourth instalment hits the cycle’s most serious, yet also lightest, note yet. The teens in question give new meaning to online sharing; we never know where parody ends and sincerity begins. Constructed as a countdown to the presumed end of the world, the film is much more: its editing results in a profound reflection on how young people are appropriating the angst being stoked by the media. Ultimately, their fear rituals are just another way to envision the future.