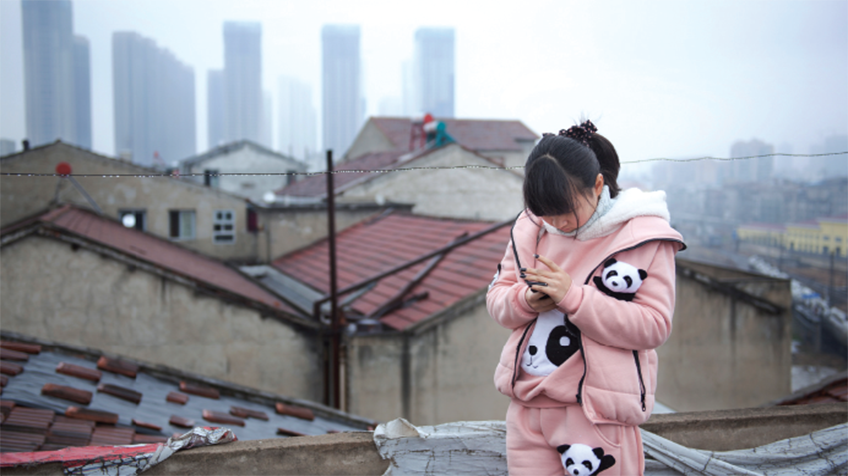 In Wuhan, China, the director gives a lecture on digital photography to young children and calmly gazes at their pictures to witness the impromptu of digital images and the dark reality of the peripheral side of urbanized China. Within the cityscape dominated by the noise from construction sites, a family leads reasonably happy life, despite pestering poverty. However, to young Qin, her mother’s explaining about why she cannot buy something Qin wants is always a source of dissatisfaction. The photos taken by children sometimes surprisingly look through the impromptu of digital images, and they are also the unconscious orientation toward something the poor children want. The 360-degree panning of the camera within the space that looks like an extension of the images in digital photos, as well as the silent movement toward the figures in the film, provide a raw sketch of the urban poor in rapidly urbanizing China. The endless arguments between Qin and her mother and the impoverished everyday life create a dramatic contrast between still images and the real life, and the dry yet detailed images add up to complete an entire documentary. (PARK Bu-sik)