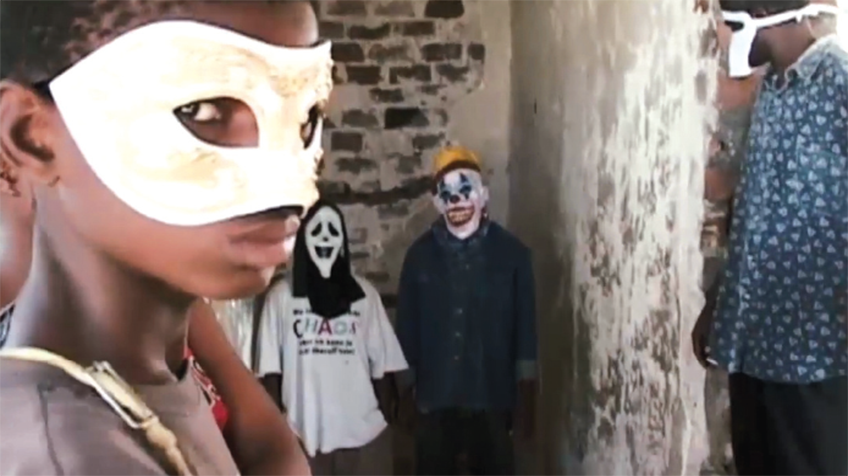 Built as a luxurious resort, the Grande Hotel was once called the “pride of Africa”.

Now standing as a desert of colonialism and wreckage in the third world, it is the entrance to the maze, Mozartbique. The hotel’s previous guests include wealthy white residents and Mozambique National Liberation Front fighting against colonialism. Today, it has long been home to nearly 3,000 squatters. There is North Korean director Shin Jun-chul, who was invited to socialist Mozambique’s film studio in 1977 to make films for public education. When the two German writers (who had no intension of making a documentary at first) arrive at the hotel with a huge collection of masks and hold a masquerade, the bodies and movements of the Grande’s inhabitants become the medium that connects past and present as well as Mozambique and the First World. The film also presents footage of a lecture on Heidegger’s images and speeches given by Samora Machel, the first president of Mozambique, as well as newsreels produced at the film studio set up by Machel, now discarded film archives, and Mozart’s music. These ingredients all connected by bizarre links are finally turned into a documentary film through a series of artistic touches. (PARK So-hyun)