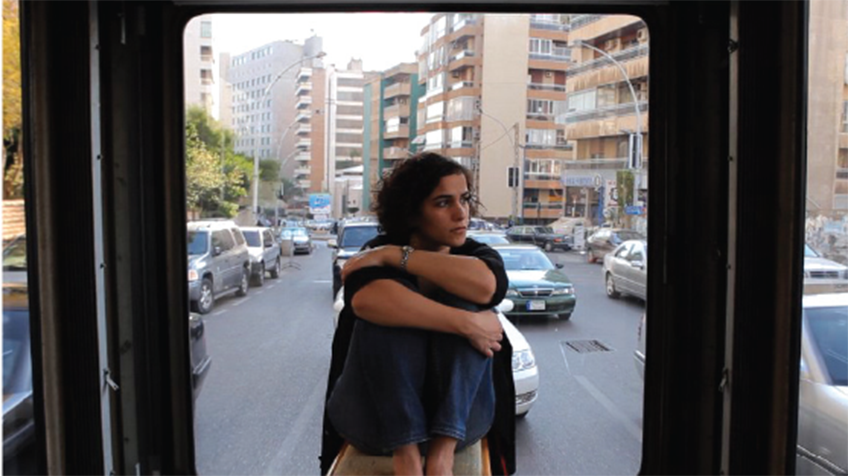 Here or there, between the night and day, in front of the frozen sea where time has stopped, or within the multilayered spaces—what if there were a sonnet for anonymous people? Birds of September is a romance and a chanson for innocent, strong, and beautiful people. The glassed van roaming the streets of Beirut is a moving confessional that sketches the city’s contours, wavelengths, love, and anger.

The opening scene of this film shows the surface of torn building walls in tracking shots and then follows the passing faces and closed shutter doors, open windows and the street grounds, and the seashore, finally reaching the downtown of Beirut. As Andy Warhol invited the contemporary artists to his “Factory” and filmed their facial expressions, gestures, and depressed passion into Screen Tests, Sarah Francis invited anonymous people of Lebanon and expressed the entirety of facts, including silence, as a single, ultimate language. As part and entirety at the same time, images are extra forms and a mass of activity created within a discord—the fateful attitude that can be retained only when a certain moment disappears forever. This documentary describes the time passing through spaces, by displaying individuals as the front view, the city seen through the glass walls as the background, filmed through an unstable focus of the zoomed camera. It also placed in the frames the blood and dreams, sounds and the last drop of water, birds and trees and rocks, and the streetlights in the early evening and nightscapes. Mallarme wrote: “Tear for us with a drunken flap of his wing, This hard forgotten lake,... inflicted by space on the bird which denies space.” (JEON Sung-kwon)