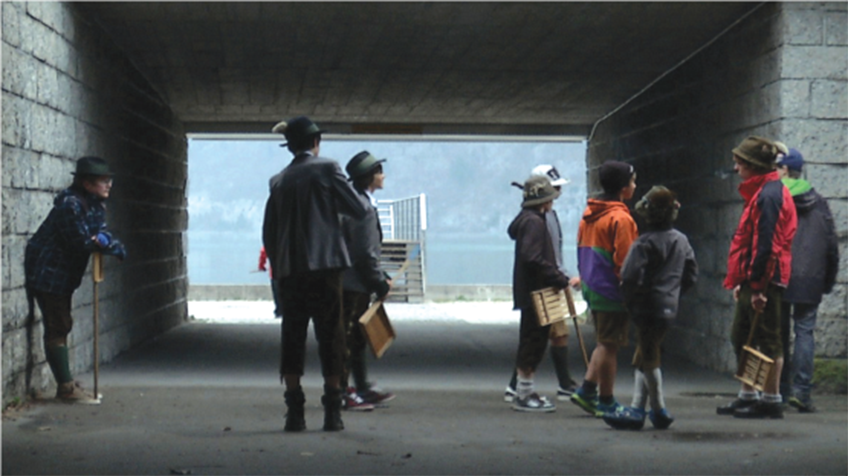 And There We Are, in the Middle

A small town adjoining a lake in Austria, Ebensee is known for a home to the former concentration camp for the Jews during the World War II. This film begins with the assumption that the milieu of the town exerts a deep influence over the thinking of its residents. Only when the “thought of the present” calls their historical memory, do they realize the irresistible path that connects them and the world. One of the early scenes shows a girl singing along a song, thanking the God’s grace for this small town; this song sounds as keeping silent about the war crimes Ebensee had to endure in the past. As if a one-day silence for the God, the camera forges a unique mechanism of visualizing the graffiti “Crimes of Ebensee” painted on a bridge, street marching by teenagers who visit houses across the town, and the mouth of a cave located inside the mountain. Organizing as cinema verite the seemingly normal daily life of teenagers who inherited the tragedy of Ebensee, this documentary film can be seen as phenomenology of images about “sensing.” Particularly, the statements we hear from the reserved questions about the concentration camps, neo-Nazism, punk music and paint balls turn out flat, yet frightening at times. (JEON Sung-kwon)