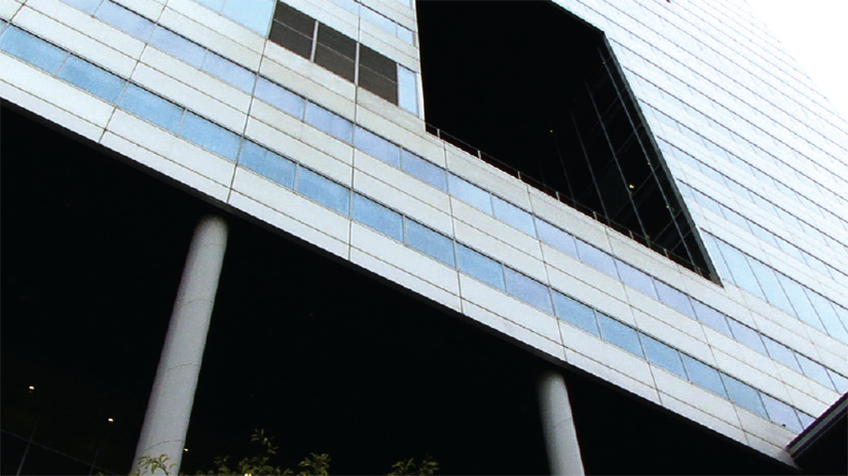 In Place of Capital

The Perspective of Currency: Zachary FORMWALT’s Notion of Image as Means of Critique

On August 7, 2015, I picked up an Asian version of The Wall Street Journal on a flight from Seoul to Hong Kong. As usual, the magazine was packed with graphs, charts, and figures. They were about Dow Jones Industrial Average, S&P 500 index, US blue-chip stocks, advance and decline of government bonds, the yield curve of the US government bond, exchange rate of major currencies, Nikkei Indexes, Hang Seng Indexes, Shanghai composite index (the magazine did not include KOSPI Index on the day), and Morgan Stanley Capital International (MCSI) Index, as well as commodity indexes of the international futures market.

The parade of figures and images that depict them might be the manifest image of today’s capitalism.

Capitalism indicates a society dominated by the production of goods. Product is not the same as material wealth. As Karl MARX wrote, a product is what is manufactured to acquire the exchange value. It is property and service produced by the belief of bringing more value. Currency, however, is the most unique among all products and what makes it possible to represent and compare them.

It enabled products to be liberated from the contingent and concrete forms of value that limit their movement. As a universal unit of equivalence, a currency is embedded with a potential to be exchanged with any kind of product. The meaning of acquiring wealth has been substituted not only with possessing goods and service that one needs but making money. For those who do not live in the world of capitalism, the expression that one makes money would look strange and even religious. Currency represents the movement of an economy in an immediate way. It is not a simple symbol or representation that indicates value but value by itself.

Moreover, capital has created innumerable renditions of credit from, such as the functions of distribution, payment, and the global money. From the commercial credit in forms such as bills and loans, credit has expanded to future options trade and finally to the form of derivatives that deal with astronomical figures, creating its alter egos in a dizzying degree. And this is one of appalling aspects of capitalism. We regard the organization of material life not so different from appropriating the representation that is currency. MARX’s notion of fetishism of goods and currency now enters a new phase under the financialised capitalism.

The fluctuation of the future price of corn causes famine and poverty in many countries; a drop in the credit rating of a country leads to the abolishment of a country’s pension and social security; and the utopian scheme of the European Union coerces the torture in the name of austerity, drawing fierce struggle against such measures. Thus, to tell that capitalism is a market-image machine does not sound so much as a pedantic wordplay. What Zachary FORMWALT attempts to do is also an analysis of the history of capitalism as a market-image machine. However, the subject of his work is capital as an image. The genealogy of images he tries to establish starts from the architectural structure of the London Stock Exchange and the parallel image from William Henry Fox TALBOT’s photography. Surprisingly enough, Talbot recorded the London Stock Exchange in his photography while being well known as the first photographer with his definition of photography as ‘the pencil of nature.’ Yet, he could represent the building as an object without any human being in it due to the technical limitations of the medium he selected, such as the long exposure time. The movement of capital cannot be represented by the technique of moving images by Muybridge and the emergence of cinema, although images attempt to represent such movement. However, regardless of how FORMWALT increased the potential of capturing the reality through optical innovation, there is something that remains permanently without any change. It indicates the movement of capital, which presents itself in the form of (non) representation through an abstract and immaterial movement.

Thus, the sophistry that there tells that there is no evolutionism or reality that concerns the historical change of technical apparatuses that produce images but only images and representations exist is a thought which FORMWALT cannot allow. The belief that we acquired the ability to grasp a more precise image of the reality by possessing more accurate optical apparatuses is based on a misunderstanding from the first place. Following the notion of MARX, whom FORMWALT refers to, capitalism is fetishized. It is well known that MARX referred to the cognitive principle of a ‘camera obscura’ when he explained the fetishism of goods and currency. When MARX explained that there was no difference between the ways an object is visually recognized and the property of a product is received as a quality possessed by the product of labor itself, he was moving beyond the notion of realism as a combination of difference and correspondence between images and the reality. The most influential critical discourse on images now is the aesthetics of sublime and punctum, substituting the critique of image as an ideology. Yet, FORMWALT revives the critique of images as an ideology. It is rather disappointing that FOMRWALT’s other works, such as Three Exchanges or Unsupported Transit, are not introduced in the DMZ International Documentary Festival. FORMWALT’s work will establish a new standard for the critical potential of essay films or the visual politics of video art that is increasingly becoming mediocre. I have no doubt that FORMWALT will become an artist of image critique, continuing the legacy of Allan SEKULA or Victor BURGIN. (SEO Dong-jin)