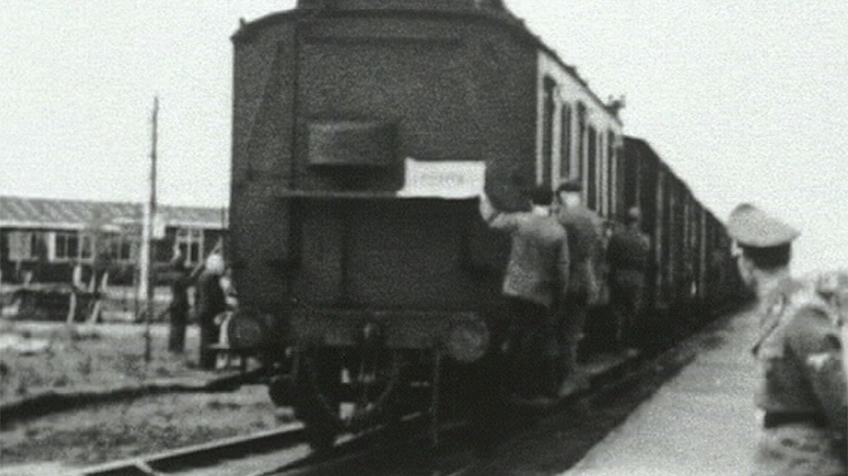 Images of the World and the Inscription by Harun FAROCKI

What is a film? What is art?

Since the Second World War, the spirit of modernism has been promoted by basic questions on art, like a reflection on the fundamental nature of film and contemplation of thought. Reflection on films is the driving and centrifugal force that has pushed the historical trajectory of modern film that was mainly formed by ‘Art Cinema’ of Europe, which covered La Nouvelle Vague and New German Cinema, Cinema Verite and Direct cinema, and New American Cinema. To state clearly, Harun FAROCKI is one of the most important filmmakers leading the historical trajectory of film. At this one-year anniversary of his sudden death, his achievements shine more strongly than ever. This is maybe because today his vision and methodology are needed more than ever.

What is a film?

If it might be said that the concept of media that was the main subject of discussion in the peak of modernism confined film within a formalistic attitude, it is Harun FAROCKI who presented its limits and offered a clue to overcome it.

He was an activist who expanded the reflection on film to the far horizon, a researcher who presented why it should be done, and an explorer who sought images. If we try to analyze the composition and form of a film, examine its mise-enscène, or catch its message under the influence of the auteurism of the 1960s, we will fall behind the evolution of film that he led. The film he referred to is not a flat image on a black screen. It is a way to view history and a way into history.

It is a way of asking a question and a question of a way. What is a film? “A laborer who works at a vacuum cleaner factory seals out a part of a vacuum

cleaner everyday to give it to his wife as a present. When he assembles it at home, it becomes a machine gun. A student activist obtains information that the factory produces machine guns and disguises as a laborer to work there to find decisive proof. After he starts working there, he steals a part out each day, and when he assembles all of the parts, it makes a vacuum cleaner.” The situation described in Nicht löschbares Feuer (1965), one of his films in his early period, shows that the inherent identity of a film, which is an entertainment or an art medium, cannot help but be separated from the military aspiration of imperialism. In the industrialized image production and distribution system, it is hard to tell which is good, which is violent, which is art, and which is a weapon. It is meaningless. These two aspects of film are not connected to each other but are essentially the same. In the context of form, his early works are not resistance films. For a young FAROCKI, ‘resistance’ in the type of pure-bloodism that uses film as a tool could not help being a contradiction. This is the same as the reproduction of the logic of imperialists in which filmmakers use film as a tool to criticize a regime or report absurdities in history through its images and words. Films have colluded with power and violence in history. The senses and logic of photography and film have been steadily used as tools to demolish humanity.

The two films that are introduced in the 7th DMZ International Documentary Film Festival, Images of the World and the Inscription of War (1988) and Respite (2007) clearly show his view of this. Like in his other works, FAROCKI did not develop a new ‘image language’ for these two works. In the position of an attacker, the two works present reality as it is and identify the position of the audience to the view of the attacker. The works re-appropriate the logic of violence.

The footage that the Nazis and US government took of Jewish concentration camps during the Second World War offers a decisive clue for the function and work of a film than any other entertainment film. The history of violence was generally intervened in the ways of seeing the world through a camera, making the world seen through a camera an image, and distributing it. Violence and war are genes of a film. They are part of our lives. War has been inscribed in images and history. For Respite FAROCKI reused footage recording the Jewish concentration camp built in Westerbork, the Netherlands in 1944 as it is. (The insertion of on-screen commentary, which offers basic information like a slide show, thoroughly restrains any formal revolution.) The documentary contains comfortable days that are different from a war camp that we usually imagine; a pleasant music concert was held and women danced in the yard. While watching the footage of the tragic history with a doubtful stare, we get to ask the questions: With whose eye was the film shot? And what view does the film adhere to?

According to the commentaries, the person who took the footage inside the film was a Jewish inmate of the camp, Rudolf BRESLAUER, who was eventually killed there. But the footage does not contain only the view of the victims.

FAROCKI disclosed that it was commissioned by one of the camp’s Nazi commanders, Albert GEMMEKER. The root that triggered the film to be made in order for us to see it today was the intention of the assailant. The viewpoint of the footage is ultimately that of the assailant. The logic that forms a film violently collapses the dichotomous categorization of doing harm and being harmed, and of committing violence and suffering violence. This is ‘violence’ of a film, and the origin and necessity of all films. We must embrace the discomfort in which we see history from the point of view of violence. The unconformable identification keeps drawing us silently to history, to the dilemma of film, and to the contradictory fate that we must accept as viewers. FAROCKI reasons the circumstantial context of the footage with its small details.

And he gets us to join the process of this reasoning. Innocent kids on a train departing for Auschwitz wave their hands, and the small letters on a bag let us know the date. The devil is in the details. Eventually, what this tenacious observation induces is not the completion of knowledge but a thorough irrationality. Surprisingly, the scene of the train leaving the platform produces an inter-textual point. The Jewish girl who appeared in Nuit et brouillard (1955) by Alain RESNAIS – a film that dealt with the Holocaust of the Nazis – narrowly reveals her face between the closing doors of the train. If there is a new circumstance

that we did not know in RESNAIS’s film, it must be that the image of the girl must also have been directed by the Nazi commander. Films are a type of violence that disturbs our view and knowledge. If you think that we accumulate knowledge through the records of history, this is an evil arrogance. In Images of the World and the Inscription of War, FAROCKI uses the aerial footage of the Germany industrial plant, IG Farben, filmed by the Allied Forces in 1944. These photographs were left by fighter pilots who took charge of filming their target practice as well as their bombing missions. FAROCKI added to the photographs an analysis and measurement, characteristics that involve the origin of an image. The origin of photography is related with setting a fixed view to represent the world. FAROCKI thought that this is the logic of today’s war. From the perspective of the Renaissance to the montage pictures of the police, air simulation, and make-up simulation, the politics of an image are made by setting up a system to analyze an object. The nature of photography and film as media is never free from this. Astonishingly, a Jewish concentration camp, too, was caught in these aerial photographs by chance, which was a fact that was ignored by both the pilots who took the images and the analysts who dealt with them. An image has different meaning according to its viewers and their own knowledge. “We must caution against images like against words. Images and language are knitted into networks of images. What I do is purify such images, take away their fragments, and find hidden meanings.” FAROCKI conducted détournement (re-appropriation in English) of the photographic view that was formed in the context of imperialism. He analyzed and measured images that had been taken in the context of violence. He expanded them and stared at their details minutely: looking at violence in the logic of violence. Maybe, in terms of a pure concept, subversion itself is impossible for a violent power. It is logically contradictory to imagine that a part of a system is in a vacuum state within the existing system and at the same time in a state that is cut off and independent from the system. As the American art critic Rosalind Krauss said, reappropriation might be the only remaining strategy of resistance in the immense power of capitalism. FAROCKI already saw through this in the 1960s.

For the last 40 years when FAROCKI filled his chronological list with various works, film has gone through countless changes. While the trajectory of film has already transcended movie film and cameras for a long time, we have seen the appearance of camcorders, CCTVs, computer graphics, and visual reality. The technologies and types that reproduce the reality and distribute images have been inexhaustibly diversified. Film is ubiquitous in a small corner of a person’s daily life, a huge event of history, scenes of revolution and war, and all of the ways and thoughts of people’s lives. It is always working as a device. We’ve also seen changes in the way individuals relate to each other, the way an individual relates with an institution, and the way a viewer relates with a film.

And the way to record history has been shifted and history itself has been changed. The manner of thinking and the way of exchanging thoughts have been modified, too. Images and reality have been altered and are being altered. In the era of such dynamic changes, not many filmmakers are free from the huge grave of formalism and auteurism that still stick to the esthetics of images.

Because of this fact, FAROCKI’s films are more significant. A film is an idea and labor, a critical reflection on history, and a tool that makes history. “How can I explain with an action the use of defoliants [which the US used as a weapon in the Vietnam War]? How can I show bodily injuries by such defoliants? If I show you these photographs, you will close your eyes. You will first close your eyes to the photographs, to the memory, to the truth, and then to the whole context.” (From Inextinguishable Fire by Harun FAROCKI) What acts did FAROCKI leave for the dilemma of an image?

That is, what is a film?

His questions are still valid. Actually, we have learned from him the ways that make a question history and produce validity. (SEO Hyun-suk)