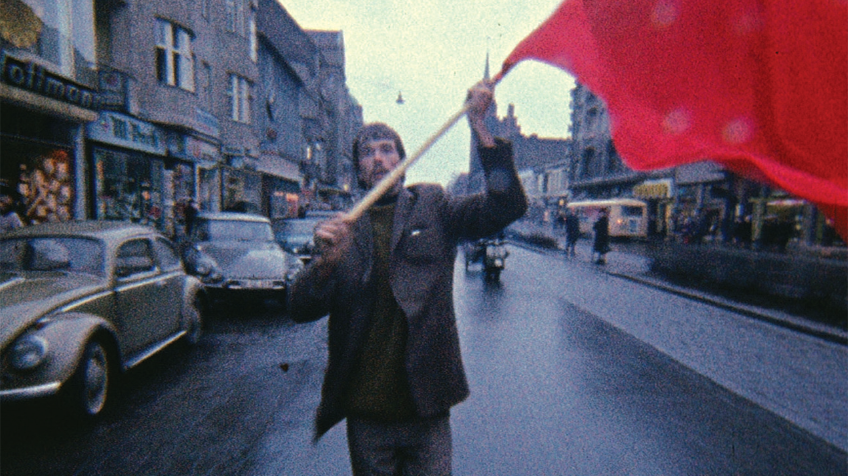 Having been creating found footage films using films and photos from private or public archives, Jean-Gabriel PÉRIOT has been trying to reflect on the present through the lessons of the history, taking a cautious stance towards oblivion. Through his work, PÉRIOT puts much effort to provide dialectic clues that stand between the past and the present, truth and lie, and ideology and history. His works shed new light on incidents from the past from different perspectives, showing how those incidents are still valid in the present, how debates around them can be reignited, and how they make us reconsider incidents in the present time. However, PÉRIO does not try to convince or enlighten the viewers by inserting obvious messages in his work. Rather, his films suggest possibilities of looking at the events of the past through fresh or doubtful eyes, which have been viewed through perspectives that had already been constructed by the mainstream bodies such as the government and mass media that establish historical definitions of certain events. The absence of direct messages and specific directions in PÉRIOT’s film can put the viewers in confusion. Watching PÉRIOT’s films, viewers are asked not to stay in a position of passive consumers who sit on the comfortable sofa in the living room to absorb what they receive from the media but to take a stance of active analysts who make decisions with fragmentary clues presented in front of their eyes. The seventh edition of the DMZ International Documentary Festival presents JeanGabriel PÉRIOT’s first feature documentary A German Youth, which evidently displays such characteristics of PÉRIOT’s work. Through this documentary, PÉRIOT reexamines the Red Army Faction, a radical leftist terrorist organization that insisted the strategy of the urban guerilla warfare. The organization emerged from the afterglow of the ’68 movement and continued its practice until it was officially dismantled in 1998. PÉRIOT arranges footages produced by German and French media, film recordings made by Holger Meins and other students of the Deutsche Film- und Fernsehenakademie Berlin, including previously unreleased footages. They are arranged in a way that resembles an assortment of perspectives that do not meet with each other. In terms of its narrative, Une jeunesse allemande focuses on the trace of Ulrike Meinhof, a female journalist and one of the leaders of the Red Army Faction, providing a chronological narrative of the organization. The extreme violence that the Red Army Faction employed – including firebombing of department stores, attacks on newspapers, and abduction and murder of politicians, federal prosecutors, and the president of the employers and industry associations – made the public turn away from them. The West German government’s firm stance towards terrorists, which stated that violence could not be legitimized under any circumstance and there would be no negotiation with terrorists, acquired legitimacy. Even the mysterious cases of suicide of key leaders of the organization were recognized as a way of realizing justice, and they remained as closed cases. Then, why does Pério summons the incident of the past – whose ruling from the trial has already been read out – that seems to have lost its currency from the place beyond the horizon of oblivion? Through the interview, Pério tells that he intended not to produce a film for struggle but a film that was political. To realize this, Pério wants not to convey the rules of action but to provide a ground for the viewers to doubt themselves and engage in a strong discussion in the agora that is the documentary that he has produced, playing the role of homopoliticus. For the sake of such purpose, the director raises many questions to himself and us the viewers through this film. Why did a new young generation of Germany who wanted to fight the violence of the international community, symbolized by the Vietnam War, and the state violence, manifested in the shooting of a student by the police at the demonstration against the visit of an Iranian autocrat to Germany, select a violent means of an armed uprising as their response to such violence? They were the generation that despised their parents’ generation who had surrendered to Hitler and contributed to the spread of Nazism. Why did these young people that hoped to resist the violence of the capitalist market economy and represent the rights of workers took on terrorism that caused loss of lives of innocent people? In addition, were the psychological torture and the resulting suicides of the leaders of the Red Army Faction, which were known to have been inspired by the Nazi’s technique of inducing suicide upon psychological torment, a technique that most people at the time gave their consent by being silent, not another kind of state violence practiced by a state with a different nature? PÉRIOT raised similar questions in a short movie Even If She Had Been A Criminal..., which was about the people’s court after the Second World War against French women who had sympathized with the Nazi and the mass retaliation against them. Are there just violence and unjust violence? Is violence unable to be justified under any circumstance? Of course, the questions that PÉRIOT raises are not about asserting the doctrine of nonviolence. What he suggests is that we – as people living in the contemporary world beyond the problems of the past – reflect on and discuss such unresolved issues once again. A French playwright, Jean Racine, once said that one would change the setting of a contemporary concern to the past if there were any problem in discussing the issue due to its topicality. Maybe, PÉRIOT is a devoted follower of RACINE. From this point of view, the technique of using found footages in Une jeunesse allemande is an effective technique to perform the director’s intention to reinterpret and question incidents that have happened. It is so with regards to the fact that the images from different archives lose their initial meanings and acquire new meanings by coexisting with other images after breaking away from the original intention and situation. (CHO Myoung-jin)