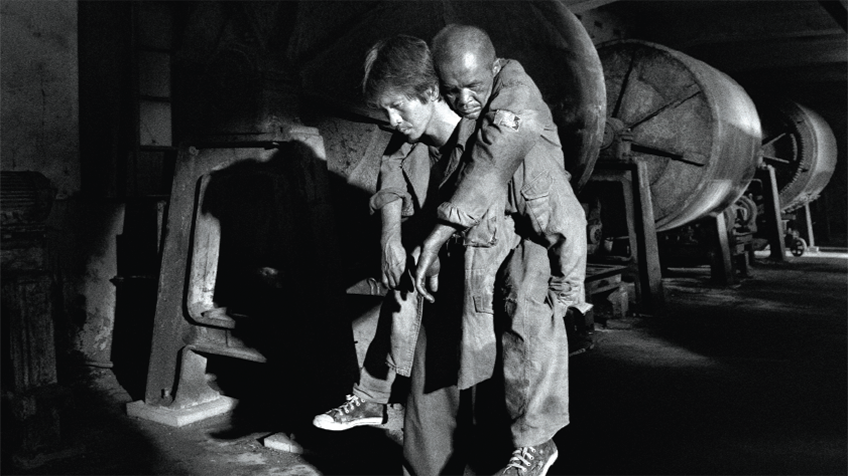 Regardless of the issue in question, the premise of ‘addressing the past in search of its historical Truth‘ is central to many documentaries. When the issue is far from settled, however, it no longer belongs to the past- but nor to the present. Rather, it hovers somewhere between the two poles. This is precisely the case for Empire‘s Borders II – Western Enterprises, Inc., Taiwanese visual artist CHEN Chieh-jen’s work from 2010. At stake is the National Salvation Army (NSA), a secret venture jointly established by CIA and the Kuomintang Government in 1951. Operating under the facade of the trading company “Western Enterprises Inc.,” the NSA was designed and scheduled to launch military attacks and interference against Mainland China during the Korean War. Feeling the presence of Red China weighing heavy, the United States created it in order to maintain its hegemony in the region.

Not surprisingly, its existence has never been officially acknowledged. To be sure, the period in question belongs to the so-called ‘White Terror,’ arguably the darkest chapter of contemporary Taiwanese history (1949-1987).

And as anyone versed in Taiwanese cinema should immediately recall, it was HOU Hsiao-hsien who, with subtle yet powerful films such as City of Sadness (1989) or Good Men, Good Women (1995), boldly broached the issue. If CHEN’s work differs from these pioneering works, it in part concerns thepeculiar nature of the NSA, which hardly matches the extant categories of ‘perpetrator’ or ‘victim.’ Granted, it was not deployed in Taiwan to partake of the ongoing campaign of suppressing domestic dissidence. Nonetheless its primary mission was military, constituting part and parcel of the Kuomintang government. What complicates the matter is the fact that some soldiers died during the offensive, and they- mostly young men recruited from poor farming and fishing families that had originated in Mainland China- were never paid a salary for the time they served. Hence the deceptively simple yet murky question: who are they?

This troubling instability of their identity is intriguing because CHEN’s father, we are told at the opening, was a NSA soldier. In point of fact, the entire project was initiated thanks to the autobiography and a list of NSA soldiers killed during the China offensive he left behind before he passed away in 2005. As the repeated image of hearth in which something- presumably photos of his fellow soldiers and documents related to NSA- is burned to ashes amply suggests, however, the whole enterprise appears more or less doomed to fail. Notable in this regard is the relative yet distinctive lack of affective facial expressions among characters. (I said ‘characters’ since this work adopts reenactment as its central mode of representation) Following the lead of the male protagonist, or CHEN’s alter ego, we meet a group of people, presumably NSA soldiers and their family members and follow their footsteps inside a deserted building or a ruin. And they look old, tired and downtrodden. Still, few of them show unmistakable signs of suffering in ways that one could point to those who caused them, i.e. ‘perpetrators’ in flesh and bones. Toward the end of this fictive search for Truth, to be sure, we do get to see a series of newsreel footage. Due to the timing of its appearance, that is, after more than 40 minutes of an unending slow walk, it serves to promise a sense of revelation. However, it turns out far from cathartic. Instead of evil perpetrators, we see a host of high profile US executives addressing attentive Taiwanese audience, attending ceremonies to celebrate the opening of factories in which Taiwanese workers are busy operating textile machines with smiles on their faces. The complex, or so-called ‘postcolonial’ nature of this past effectively affects the present, leaving the faces of most people who immediately follow the footage with their own numbers in hand, utterly paralyzed. Will their quest for Truth bear fruit? The smoke from the hearth at the end seems to suggest otherwise. (KWAK Yung-bin)