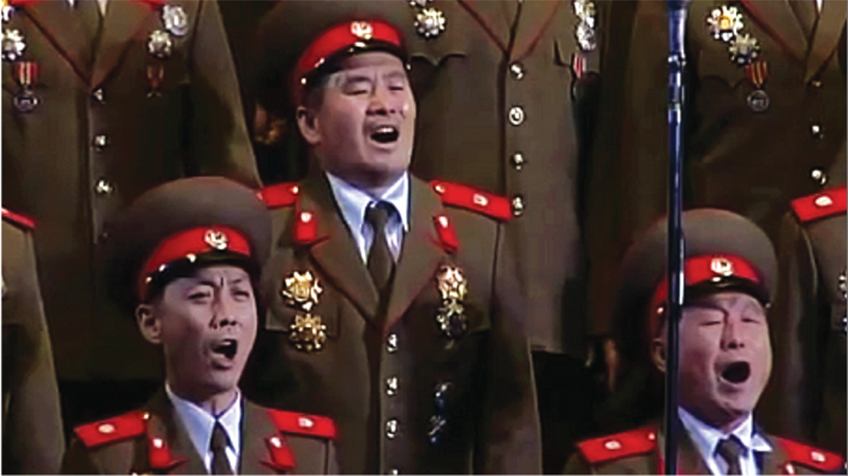 Songs From The North

A Lateral Movement: Songs from the North North Korea is elusive. Conventional characterizations often attributed to the country (e.g. ‘hermit kingdom’) only serve to facilitate related yet no less trite expressions (‘glimpses of life beyond the iron curtain’ etc.). What this seemingly reasonable set of descriptions reproduces is the binary opposition between inside and outside. But did we ever get access to a real, true, and authentic inside of North Korea? If some did, what was it? Granted, North Korea is a modern ‘Theater State,’ whose existence as such is systematically rendered and maintained in and through concerted practices of theatrical exhibitions. If YOO Soon-mi’s Songs from the North, appears refreshing, however, it is because it moves away from the misleading yet dominant implication of this idea, i.e. that we must see beyond, or peek into the thin false facade. Sure, in some scenes, she also fell for this trap. Still, mostly, YOO’s work latches onto the surface. Or, put differently, she moves laterally rather than diagonally in the thicket of layers. It is precisely through this lateral transition from propaganda films to the allegedly real everyday life of North Koreans or vice versa, in which we captures something we never saw or heard in the past. (KWAK Yung-bin)