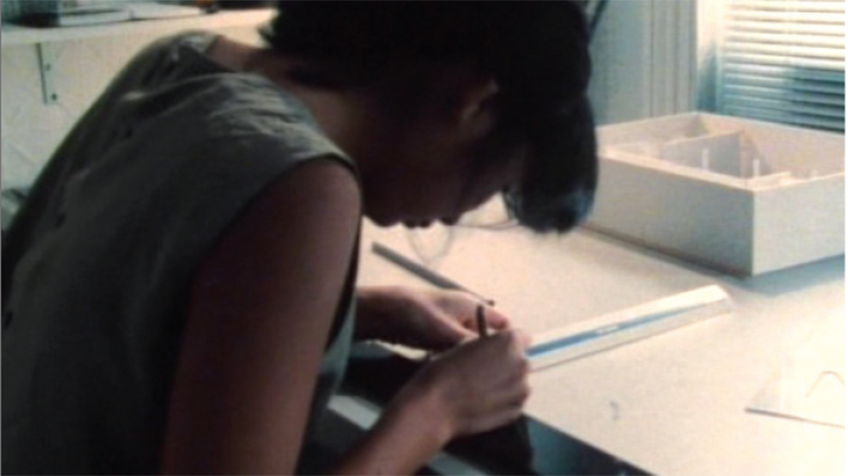 Re-watching the documentary Maya Lin: A Strong Clear Vision from 20 years ago may carry a particularly substantial meaning today, that is, in a year that marks seven decades of Korean national division. This is a work that chronicles the thoughts, ideals and vision of Maya LIN, and documents how she realized her design for the famous Vietnam Memorial, unveiled in 1982 in Washington, D.C. At the time, Maya LIN was a 21-year old architecture student at Yale University. Firstly, from an architectural point of view, her war memorial will be long remembered for its breaking of all previous conventions. One can easily recall the image of most war memorials, depicting idealized scenes of indomitable soldiers cutting through enemy lines or hoisting flags and weapons. The Vietnam Memorial, in keeping with the long duration of the war which lasted from 1959 to 1975, is made up of a long path flanked by a kind of memorial gravestone on which are carved, one by one, the names of all the soldiers who were killed. It’s said that the majority of people, finding themselves surrounded by the names of the dead, experience a sharp sort of “self-identification.” Parents experience the loss of their children, women experience the pain of losing a loved one, and soldiers re-experience the intense bond with their fellow comrades. From the moment this monument was built, what was created was not so much memories of the war as a kind of memorial service made up of stronger feelings of sympathy and communication. It provided a means for American society to shed some of the horror and excruciating memories of the Vietnam War. This documentary was made by Freida LEE MOCK in 1994 and received the Academy Award for best documentary in the following year. It can be ranked as a commemorative work worthy of the Vietnam Memorial itself. Its selection as one of the works in the DMZ International Documentary Film Festival’s special program can be seen as a effort to help Koreans to change some of the memories of war and division towards peace. It is strongly recommended for people interested in film and architecture, and those who campaign for peace. (OH Dong-jin)