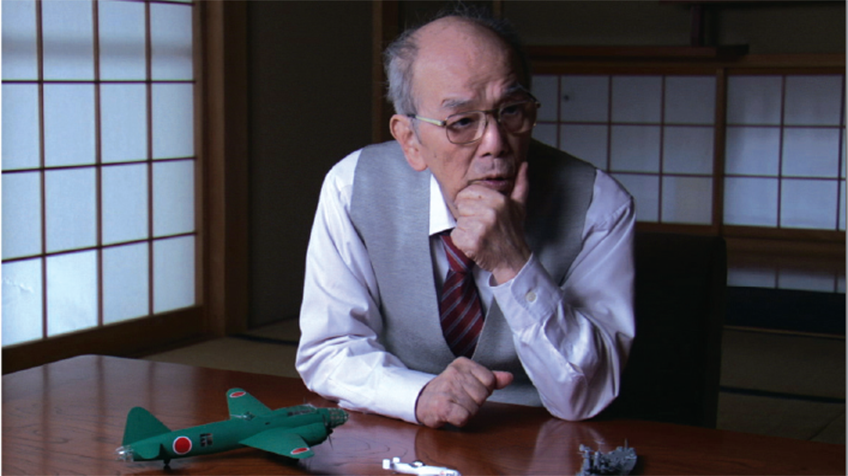 Watching I, Kamikaze makes me think of MIYAZAKI Hayao’s controversial The Wind Rises. To be exact, it reminds me of Jiro, the protagonist of the animation. A boy who admired the skies. And ultimately, the one who presented Japan’s militarists with cutting edge fighter planes. The very person who made possible the Kamikaze fleet, which was hailed as the flower in the Emperor’s Army. If Jiro had been a real person and was still alive, what would he have felt towards FUJIO Hayashi, the narrator of this documentary? Strangely enough, this documentary aims to show that the creator of the OKA Unit and a Kamikaze affiliate is not ‘a monster’. Even the Kamikaze may have been a product of a harsh time. Fujio Hayashi who had been 22 years old in 1944 and is now 92 in the year 2014 is lucid as he speaks, “It wasn’t a matter of life or death. The goal was to fulfill your duty with honor.” Even so, he says he would crouch in the grass alone after he sent soldiers off to their certain deaths every day. The movie seems to be saying that history is sometimes unimaginably evil and that we need to remember even the horror from time to time. I, Kamikaze is like a detonator that could break apart the modern world which has a touch of neomilitarism. Keep in mind that all 75 minutes consists of interviews. It almost gives you the impression of the impetuousness of the Kamikaze. A documentary should be like that sometimes. After all, that is what a documentary is. (OH Dong-jin)