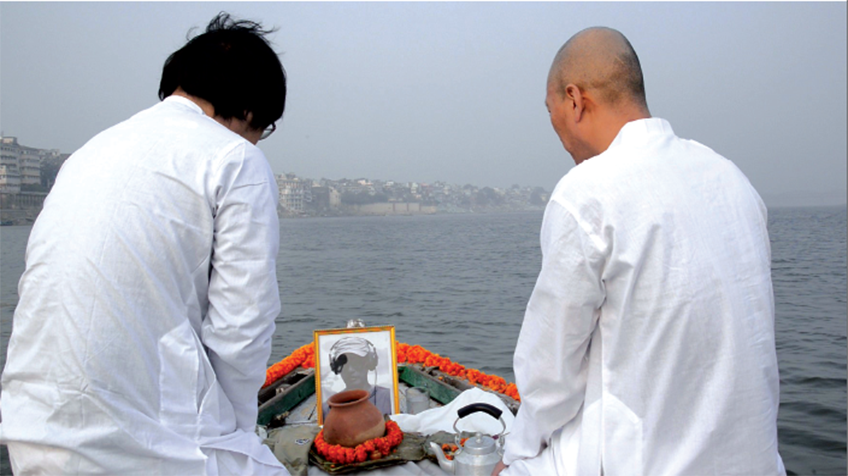 Epilogue is a documentary film that captures the last years of director LEE Seong-gyou, a documentary filmmaker who passed away unexpectedly, thus leaving SHIVA, Throw Your Life as his last piece. He was a veteran filmmaker who had spent long years making documentaries for TV and turned to documentary filmmaking for theatrical release and then just started to achieve fame. Encountering an unexpected diagnosis of cancer, he was not reluctant to have his last days captured by the camera, thus making his death material for documentary filmmaking. Displaying the process that someone is dying involves a risk that might be associated with exhibitionism and exploitation for sensationalism, but LEE’s attitude maintains its dignity, thus ignoring such concerns. He even cannot afford to respond to the apprehension from his wife and friends. When he shows up at the screening of SHIVA, Throw Your Life and attends a talk with the audience with his emaciating body, the sadness seems to well up within him. The sorrow he vents is the moment of frustration for a dying person, and it feels exhausting to those who watch it, but he still encourages the audience to pay attention to his spirit of independent documentary filmmaking. His enthusiasm for the social and public good, at the fear of disappearing, is overwhelming. Epilogue is a portrait of a documentary filmmaker with a passion for an immortal value rather than a portrait for what is mortal and disappearing. (KIM Young-jin)