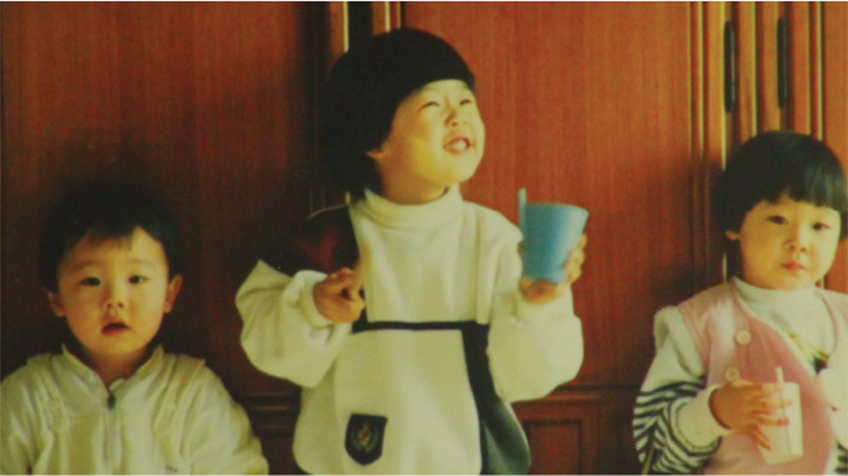 A lot of sons and daughters constantly deny their parents’ life. Children aren’t able to understand the old days of their parents and try to separate from them blaming the past for current status. But it is not easy to escape and one day, all of a sudden, they find resemblance between themselves and the parents, finally get to share heavy weight of life. In A Second Daughter, ‘I’ suddenly hold a camera toward her mother. She thinks she is unable to fall in love, she feels unattractive herself, she thinks she is the only child wandering among siblings. In the end, she concludes “I am ashamed of myself and it is because of my mother.” Determined to face her mother, the director looks at the mother and talks to her. Their hearts are dry at first but gradually brimming over with tears and finally two people in front of a camera accept their similarity and difference even if in a dim way.

Just like guitar playing rememberd by fingers even 30 years later, the moments we haven’t taken care of still remember each other. From the journal her mother wrote when she was in the director’s age till today they have lunch together, the director carefully retraces those moments to say goodbye to ‘always-blaming-childish-myself’. The documentary fills that empty space with courage and accepting heart as it films confession to the director herself and reconciliation with her mother. (CHOI Min-a)