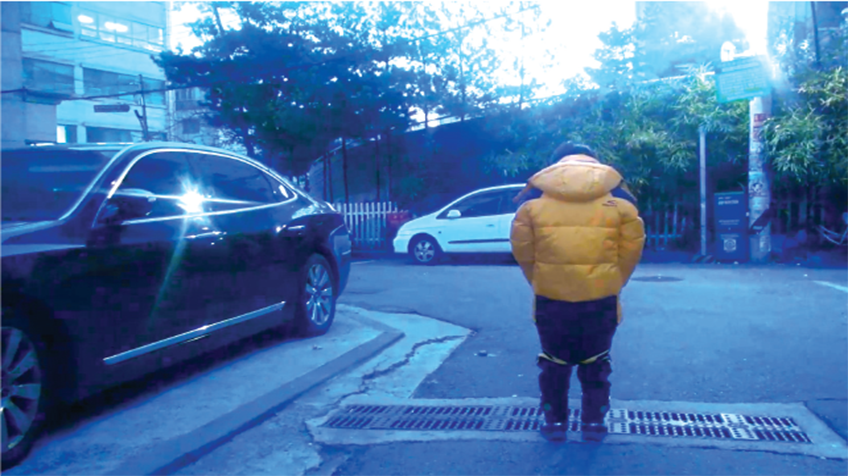 As the movie starts, a boy holds a camera and films his mother and his brother in the bathroom. The camera is shaky and it’s not easy to figure out what the boy is trying to film but the question he asks his mother is clear enough. “What are you doing, mom? When did he become disabled? Why can’t he speak? When will he get better?” These questions seem to come out of the blue but are also somewhat desperate and suppressed at the same time. It is the boy’s aunt that carries the camera from then on but the sentiments that resonated in the first scene that the boy shot carries throughout the entire film. Whispering Sunshine follows the mind of the younger brother who must live with an older brother who is mentally challenged than that of the older brother. The aunt’s camera wonders how Jae-min, the younger brother, survived hours of being alone while his family’s, especially his mother’s, attention was focused on his sickly brother. Conflict usually occurs between Jae-min’s mother who is overly strict with him and Jae-min who resents his mother yet cannot rebel against her. Jae-min poses questions to his aunt’s camera, shares his innermost feelings about his older brother, and also gets mad at her for not turning off the camera when he’s already angry. We identify with the boy’s loneliness in the process. When we follow him to the last scene that he arrives at with his staggering loneliness in tow, we cannot help but embrace his heart. (NAM Da-eun)