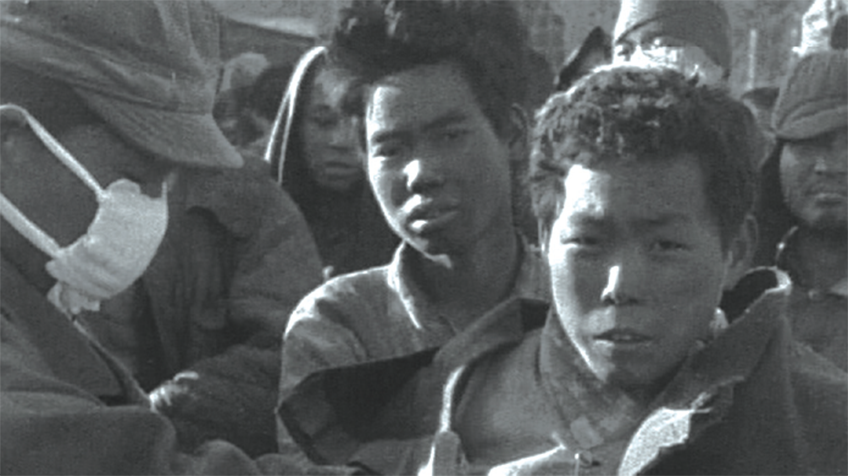 Each scene of this movie, or its two parts (the first of which consists of landscapes of recent Korean society that the director filmed himself and the second which consists of about 200 clips of documented footage shot by the U.S. Army and the Korean government between 1946 and 1966) could be historicized chronologically or understood within the context of Korean politics and society or be construed as a cinematic statement of certain incidents. However, it is hard to say that the power of this movie lies in such analysis because People Passing By is, most of all, a movie that films faces than anything else. No matter how close a camera approaches a face or how hard we stare at it, it has a surplus that transcends the boundaries of language, reasoning, the logic of the era or ideology. In his past work, KIM Kyung-man reconstructed existing footage and had a certain amount of control over his cinematic world, but his focus in this film seems to be on the power of the faces that sometimes overcome the documentarian and not reconstruction and control. The solemn classical music that continues throughout the film and the exaggerated slow frames appear to be his determination in trying to deal with the familiar yet strange abyss of that power cinematically. What’s interesting is that instead of trying to hastily return individuality to anonymous faces or call them out cinematically, the movie attempts to confront the substantiality of faces that existed in that time in that place without the use of close-up. This attempt is innately a failure but that seems to be the reason that this film has a certain sorrowful poetic aura about it.

This may be the most emotional film of all of KIM Kyung-man’s works. (NAM Da-eun)​