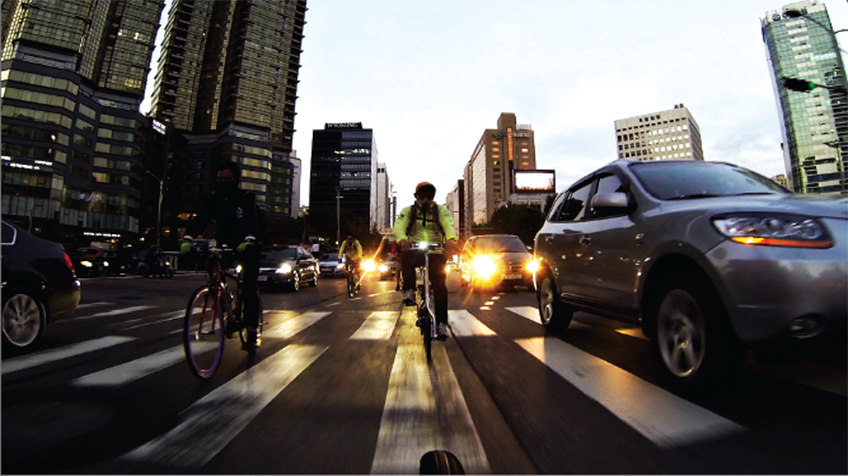 Can we essentially image the ideal urban space? Bicycle, City is a performative document and travelogue regarding that question. The film neither proposes a utopia function nor the form of sociological report on urban regeneration.

However, this film tells and records a story about the history, people, and ecosystem of the urban space through the eyes of a bicycle messenger and not an architect or urban sociologist. While meeting youth groups, this performative document outlines one huge map of bicycle, specific-site performance, city index. Ji-eum, the bicycle messenger, is more of a task performer who collects and spreads the story about a geological location rather than someone who simply takes on the role of protecting the environment or campaigning against redevelopment because it deteriorates the urban function. This documentary seems more based on research because of the performance elements held by ’Listen to the City’ which is an art, city, and architect collective group. FOUCAULT’s concept of power that “power is exercised through confessional acts” seems to be the underlining prerequisite for this film. Just like an endless story of arranging people unexpectedly meeting, listening, and conversing, Bicycle, City is a continual documentary that has not yet reached its final destination. (JEON Sung-kwon)