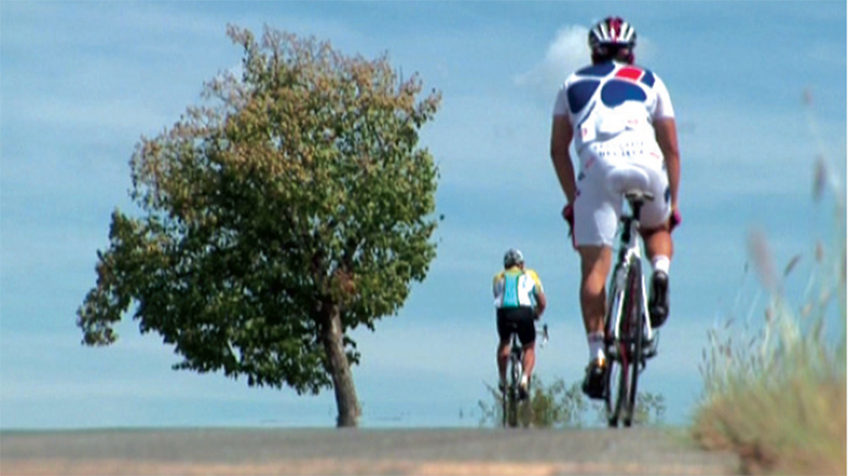 Le Tour, The Memories of a Forgotten Dream

Yoon-hyuk, a 26-year-old man, was diagnosed with a rare cancer. He dreams of entering the Tour de France, the most authoritative bycicle race of the world. People around Yoon-hyuk concerning his physical status dissuades him to participate in the race but he never gives up. Portraying himself pedalling a bicycle at the Tour de France itself is the only reason for his life. When someone empayhizes with his firm intention and starts supporting him, his plan obtains driving force. As cycling members and documentary crew set up a team for the Tour de France with Yoon-hyuk, his dream comes true little by little. His goal, participating in extra game of the Tour de France, is to finish the course of 3,500km from Monaco to Paris. He writes ‘Hope’ and carves ‘For Cancer Patient’ on his bicycle. The race begins. Besides Yoon-hyuk’s physical problems, working as a team with local coodinators, film crew, and assistants causes all kinds of troubles. However, nothing can stop Yoon-hyuk’s pedals.

Watching his race armed with strong will naturally invites the audience to concentrate on his riding and even feel like riding together. When he struggles to ride up the mountains, so-called death race, the audiences breathe with gasps like him and watching him singing during the painful race, we smile without even noticing. The film followed his bicycle and made a long journey together with sincerity as much as Yoon-hyuk’s laugh and tears fully delivered to the audience, in order to remember, in the midsummer of 2009, Yoon-hyuk’s the most fierce and burning moment toward his life. (JEONG Ji-hye)​