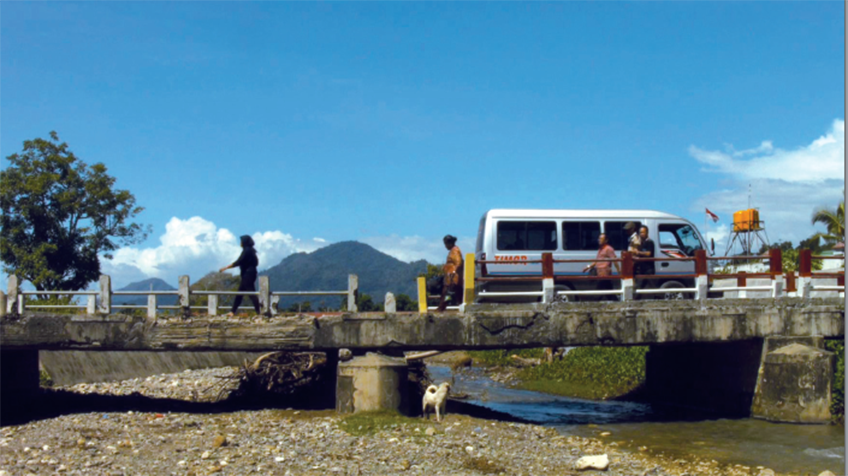 Three filmmakers from Serbia, South Korea, and Indonesia respectively, who met at Yamagata International Documentary Film Festival and decided to make a movie about borders, each share their story in a series of letters.

They have different ways of writing letters. One director inserts an epistolary style narration into the images he took, while another director opens his work with a short letter in the beginning. At first glance, the individual works are separate and unrelated and they seemingly fail to answer one another. In other words, this is an omnibus film that presents a collection of several works. Why is the epistolary style necessary then? The images the directors choose to show are not from Serbia, South Korea or Indonesia. The Indonesian director traces his journey to Japan with his friend some 12 years ago. He crosses borders in Japan while imagining Indonesia and goes further to contemplate the issue of Vietnamese refugees. The Serbian director looks into his experience of living in Singapore, where he encounters immigrant workers of all nationalities.

With decade-long gaps in between, the director from Korea sporadically follows an immigrant family in South Africa who got expelled from where they used to live. The story of the family is eventually connected to the tragic life of the director’s uncle, who lives in Japan with Korean nationality.

Letters addressed to certain recipients actually evoke our memories of all the paces we’ve lived and bring them into the space we occupy at present.

Therefore, this film considers two types of borders. There are borders that must be endorsed by those who are expelled from within them. At the same time, there are borders that begin to collapse as the three directors expand their stories beyond those very borders to make further connections. (KIM So-hee)​