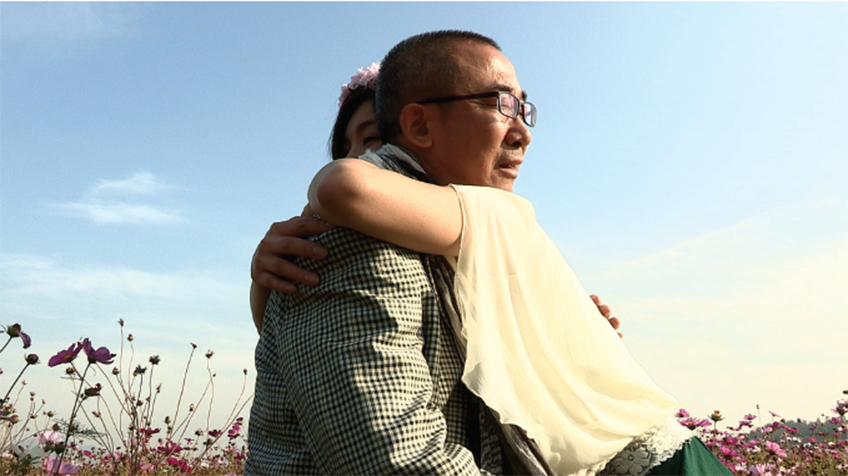 ‘Director KIM’ was born in 1958 during the baby boom, which is also called “the generation from the year of 58 under the dog zodiac sign.” He produced a number of films and TV documentaries, but he keeled over from a stroke as a result of the shock from the cancelation of a musical film starring SO Chan-whee and AHN Sung-ki during its shooting due to a financial problem, which led him to failing health. In the footage from the unfinished film, we catch a glimpse of the supposed film, which might have been full of unique and interesting attempts. Like the fantasy with the musical film, which he tried to create but it failed to be shown to the world and disappeared, he dreams of no future fantasy. Moving around as the mobility impaired, he seeks another opportunity for filmmaking—but fails. What surprises us is that, while suffering and struggling, he never gives up on creating images. Without any money and crew for filmmaking, he still creates fantasy. Kim’s Dilcusha-Life Goes On, which combines fiction with a documentary, is a fantasy version of director KIM himself. In the house called Dilcusha, which he captured in his one of previous documentary films, he meets people who will work with him on a new filmmaking project, thus creating a small miracle. The house, which was built in early modern times and has worth to be preserved as a cultural heritage, no one remembers today, and those who director KIM encounters there seeks the desire, joy, and virtue of their life whatever their social and financial status. Upon joining them, director KIM is finally empowered. Reality and illusion mixes naturally, and a personal dream and reality are reconciled with each other without a crash. This is, ultimately, a unique form of a documentary film. (KIM Young-jin)