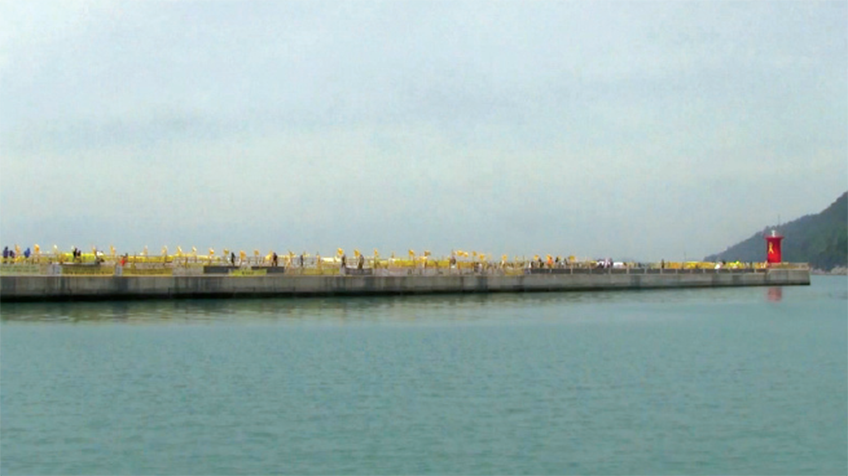 Last April, when the entire nation was in mourning due to the sinking of the Sewol Ferry the media was consumed with which media outlet can write more provocative articles. Before long, the media reported the incident as a political issue and later dismissed it as a mere accident. The media even went on to criticize the victim’s family members for ‘overreacting’ to the catastrophe. In the world of instant media consumption, majority of the adult citizens bickered and blamed the people at fault during the Sewol Ferry disaster. As time went by, people ignored the tragedy all together. In this film, the director recounts how ‘Families of the Sewol Ferry victims were more scared of people than the police.’ He mentions he first thought about ‘death’ when his grandmother passed away, and it took a very long time for him to process her absence and feel sorrow. Therefore, he can relate to the families who lost a loved one in the Sewol Ferry. He also says he was scared that the society prevented people from showing sadness. The portrayal of the director who bravely admits that he naturally showed his emotions but became afraid when he was becoming emotionless like the adults allows us to realize that sincerity based on sympathy is a virtue.