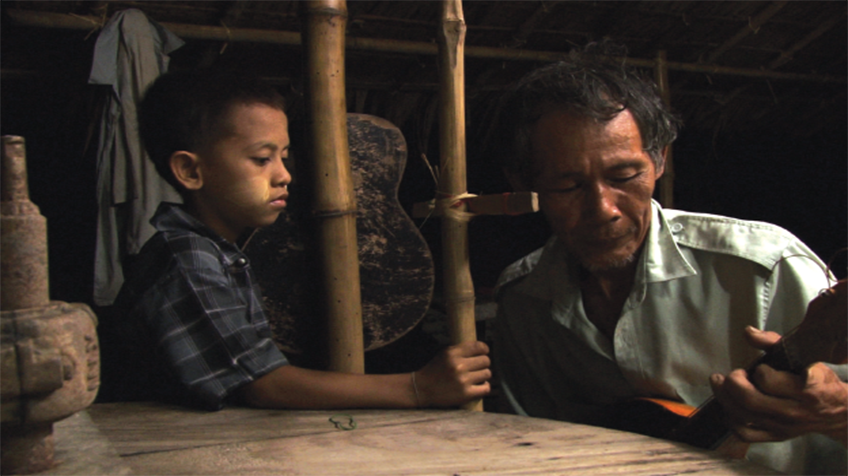 A Man For All Seasons

He is a man who plays interesting musical instruments with enthusiasm, participates in political discussions as a sincere National League for Democracy party member, does farm work, makes household items, and takes cares of children. However, Mr. Shwe cannot be called a farmer, a politician, a musician, or a father because he can never be reduced to only one of those labels. Nor can the relationship between Mr. Shwe and his wife be defined easily; it does not involve utopian-like equality but it is also not completely patriarchal. This is how A Man for All Seasons depicts Myanmar’s everyday life. The outside, especially the West, has imagined and depicted Myanmar as overly political or apolitical, as advocates of democracy against military dictatorship, or as an example of the pure and primitive Third World which has not yet received much exposure to the outside. Neither view fully represents Myanmar. The life of Myanmar which this film captures has everything that strikes us when thinking of an underdeveloped country ruled by a dictator – politics, fighting for democracy, an eco-friendly and family-oriented life style, and an optimistic spirit, but none of them subsumes the others or essentializes Myanmar. A Man for All Seasons, with fantastic filming and framing, deconstructs the way Myanmar has been represented and constructs the diversity of people’s life in Myanmar after the recent political changes. (HWANG Miyojo)