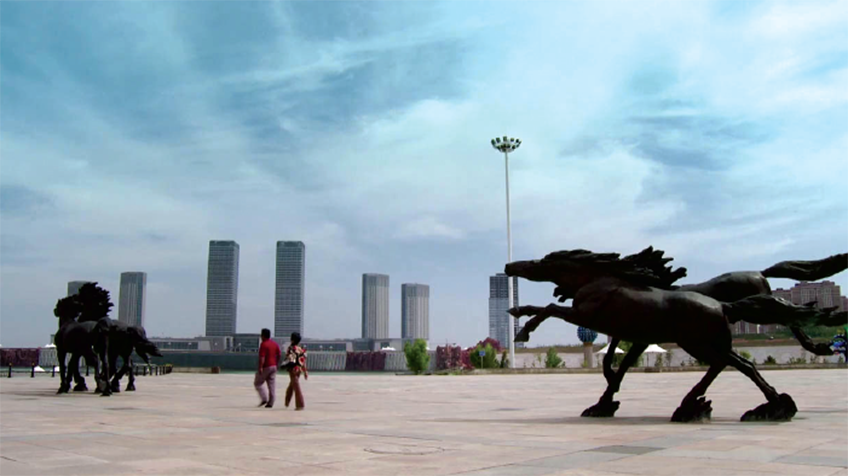 The Land of Many Palaces

Whereas films by the so-called sixth generation which depicted people immigrating from rural to urban places were called urban cinema, recent documentary films from mainland China which have focused on massivescale urbanization projects and vast spaces being transformed, like The Land of Many Palaces, should be considered another kind of urban cinema. The enormous size and futuristic design of the city make the space cinematic in a peculiar way. Also, the vast space, the confidence in technology, the faith in a better future, and these features of urbanization being depicted with both allure and fear make this documentary approach a film of the science fiction genre. Ordos, in which the film The Land of Many Palaces is set, is a city that exemplifies the failure of such ambitious urbanization projects. However, the documentary itself takes no obvious stance; it supports neither a city government trying to relocate farmers to populate an empty futuristic megalopolis nor farmers wanting to stay in rural villages. In current China, urbanization is a kind of disaster, one which people cannot avoid but must handle. The farmer, Mr. Shiwen, finally yields to government pressure to move to Ordos even though he knows that the compensation for moving the government has offered is not sufficient to manage an urban life and that he will have problems adapting to the new way of living. The only thing The Land of Many Palaces can do is wish Mr. Shiwen a better future by framing him walking into the sunshine in the direction of the city. This may be seen as naïve, but it might be the only option for the observer to take. (HWANG Miyojo)