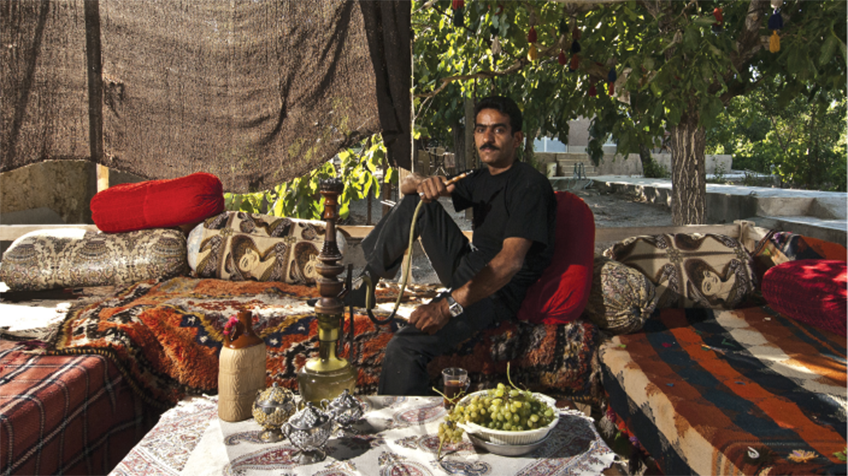 I Want to Be a King

Abbas, a man in Iran, offers an accommodation to a European tourist and is paid, which he had not expected. After that, he dreams of starting a tourism business and turning his own home into a guest house in a nomadic area. His wife and children don’t support his plan but he doesn’t care. Moreover, he finally acquires one more wife from a nomadic tribe with the excuse of developing his tourism business. Abbas is always serious, but it is hard for people both inside and outside the film’s diegesis to take him seriously. The camera captures Abbas with a sarcastic distance. Abbas’s bluff and selfcontradiction are refuted by his wife and daughter; they are not persuaded by his bluff and suspect that his plan will turn out to be nothing soon. This man from a Muslim family, even though he is able to commit bigamy, has difficulty with mending family conflicts, which cannot be controlled simply through patriarchal power. Abbas ends up staying outside his dream guest house/home while rationalizing the situation with his self-centered perspective. Both the way that masculine/patriarchal power is built and its silliness are revealed. (HWANG Miyojo)