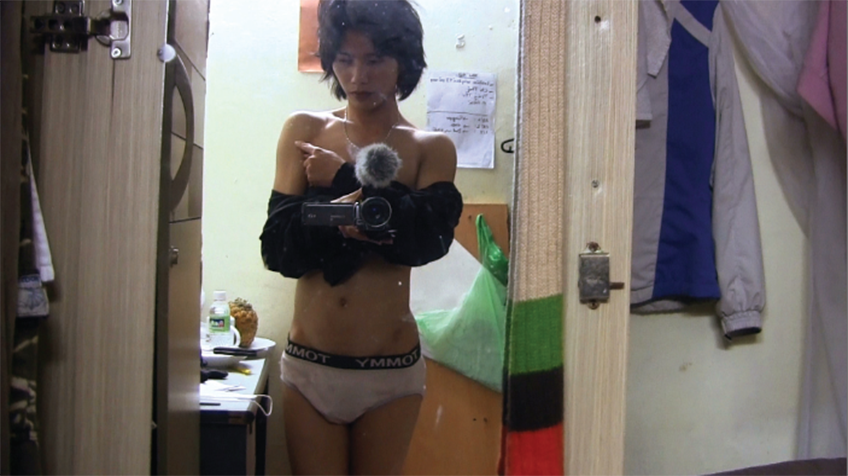 The documentary Finding Phong begins with Phon’s video diary and his whimpering. The diary, which Phong filmed himself, is uncomfortable to watch because of the excessive self-pity and schmaltz, though, at the same time, it excites curiosity about Phong’s life. Soon, his life in Hanoi, filmed by the documentary director, reveals that his everyday life is not neither dark nor gloomy. Rather, Phong, who migrated from a rural village to Hanoi, the second largest city in Vietnam, seems to be very happy, with eye-opening experiences and new knowledge about the LGBT community. He experiences transgender life with people who recognize and accept him as he is, so different from the days in his hometown when he was not convinced of his gender identity and felt uneasy with it. He is planning to have a sexual reassignment operation soon, and now his every day is full of excitement and expectations for his future. The documentary Finding Phong‘s camera, which reveals affection for what it films and, at the same time, maintains a certain distance, capturing precisely the inherent melancholy and the excitement that comes with self-affirmation; the camera delivers these two aspects very well to the audience. The scenes from Phong’s arrival in Bangkok, his first meeting with a doctor where he asks a question with great difficulty and finally cries, and a family gathering right before the operation are moving while fully revealing Phong’s character and the effect of both the excitement and sadness. (HWANG Miyojo)