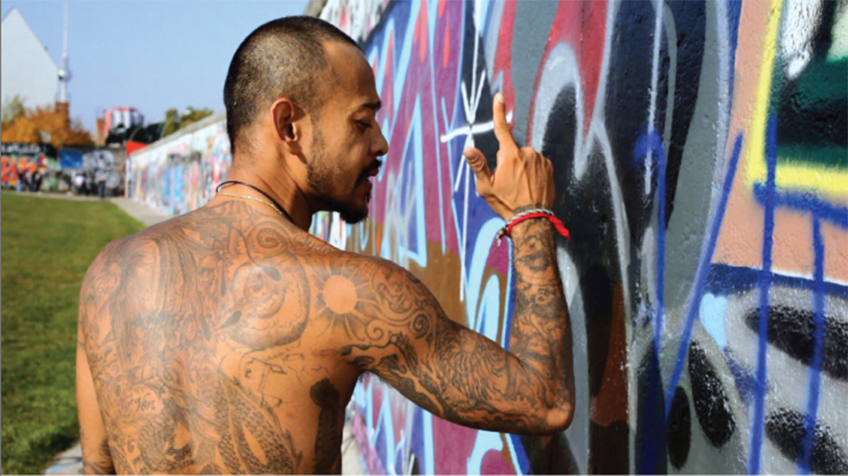 Kosal KHIEVA, the protagonist Cambodian Son, introduces himself as “a poet, tattoo artist, and survivor of the US prison system” on his website. Not only that, the history of the twentieth century is inscribed on his body. During the Vietnam War, the United States dropped bombs on Cambodia, “exceeding the amount it had dropped on Japan during WWII,” and the Khmer Rouge, which had seized the government, committed genocide called “the Killing Fields.” Kosal, the son of a Cambodian refugee who suffered such horrible experiences, grew up in a refugee camp in California. In his teens, he was sentenced to 16 years in prison for attempted murder. During that time, he learned poetry and became “a spoken-word poet.” However, after leaving prison, he was permanently ejected from the United States. The documentary Cambodian Son follows his difficult journey to Cambodia and poses questions about his life. We, the audience, are caught up in his powerful poetry and performance, ultimately becoming unable to repress our curiosity about his next step and wishing him peace and safety. (PARK So-hyun)