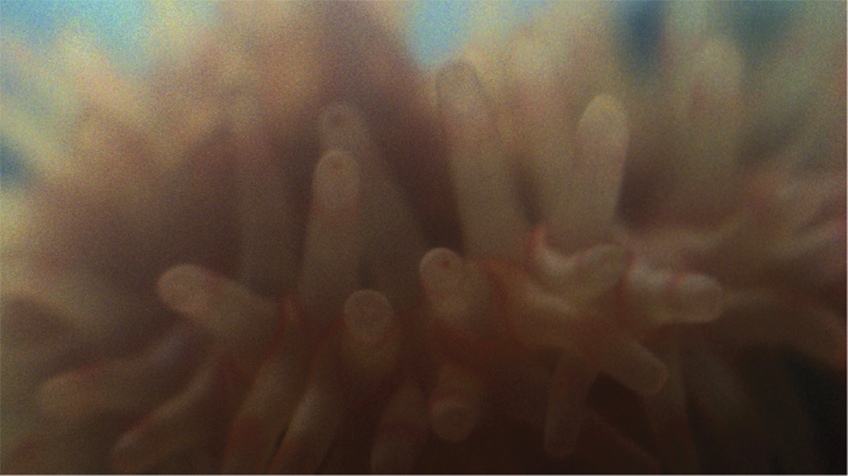 While humans record, imagine, catch, and trade, all creatures continue to live in their respectable habitats. Oyster is a film not only about the ocean and marine organisms but also the relationship between man and the organisms that live in the sea – an ecology film. The film opens with showing an image of an old cover of The Oyster and Dredgers of Whitstable which was published in 1902. A curious-eyed little girl is reading the book which is about the history of oysters, life and culture of the people who make a living by catching and consuming oysters in Whitstable. Images of the oyster’s natural habitat and marine organisms that have been harvested by fishing boats are shown one at a time. On the fishing boat’s floor, oysters are intertwined in the net with starfish, sea urchin, halibut, crab, and stingrays. The fisherman skillfully handles the marine life. The seagull flies in the cloudy sky and the net goes back down into the sea. In the deep sea, seaweed sways in the current and small organisms wiggle. The fishing boat quietly heads back to the village. As though all these scenes are from a child’s imagination, the film ends with showing the child sound asleep with the book closed. In the midst of ethnographic characteristics and modern elements, the background music is exceptional. (AHN Hyun-shin)