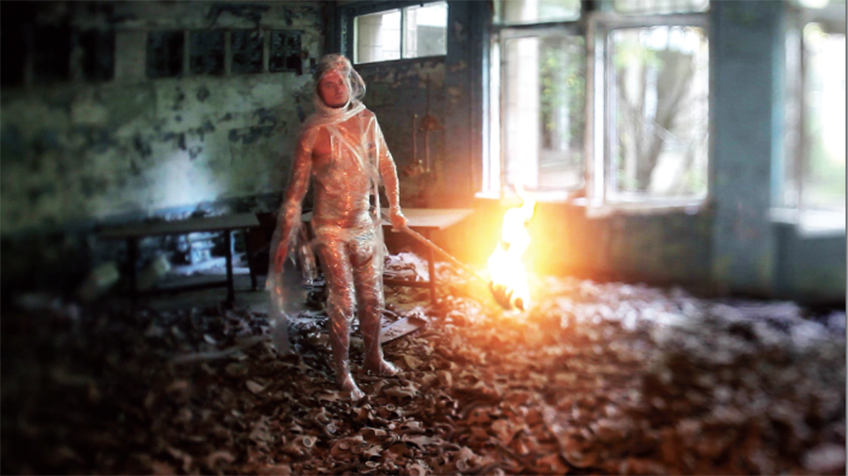 The documentary, The Russian Woodpecker, begins with subtitles noting, “We have no intention of harming the relationship between Ukraine, Belarus and Russia.” The film focuses on Fedor Alexandrovich’s investigation into the cause of the Chernobyl nuclear disaster in Ukraine and its potential connection to the Duga, the giant antenna array, which was created as a Soviet Cold War era weapon but failed to operate properly, and on the Russia–Ukraine conflict, which he has experienced. The film employs the structure of a thriller movie to approach Alexandrovich’s conspiracy theory; his pupils dilate when encountering newly revealed clues that someone with ties to Russian high-ranking officials ordered the meltdown at Chernobyl as a way to cover up Duga’s failure. The film combines interviews with former Soviet high-ranking executives, which sounds like nonsense and anachronism, with footage from the exclusion zone around Chernobyl, during the Independence Square protests and its bloody situation and from the videos of Alexandrovich’s performance. The film’s audience will soon realize that it doesn’t matter if Alexandrovich’s theory turns out to be true or not; instead, the audience will join its meditation on human folly, corruption, cover-ups, violence and horror, and trauma and overcoming that which has stemmed from the Cold War and still lasts. (YOO Ji-soo)