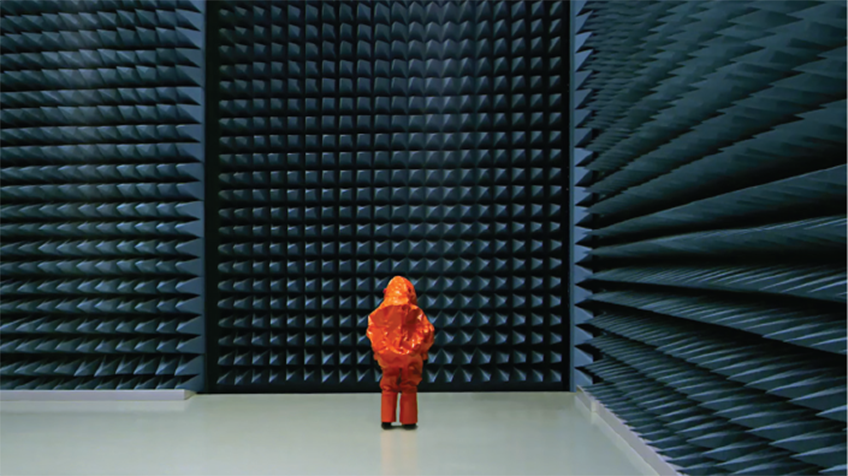 The Visit, a sci-fi documentary film by Micheal MADSEN is noteworthy in various aspects from the angle of cinematic narrative. By the hypothesis which is the human’s first encounter with intelligent life, the experts from the U.N. agency and space agencies send a message through the camera system trying to communicate with the aliens. And the slow images and narration we see and hear could be construed as a sort of simulacra which is archi-resemblance recorded and collected by none other than aliens. We keep asking many questions about fear and moralia of mankind repeatedly through this imaginary scenario, but we cannot help but become silent to the ultimate question, ‘What is the humankind?’ However, the scene exploring their spacecraft wearing spacesuit with biochemical system in order to meet the intelligent life is infinite and cyclic as if it is suggestive of The Library of Bable by Jorge Luis BORGES. (This scene might be also understood as the narration to decipher the images recorded and collected by themselves, intelligent life from the space) In the end, it is the moment that reminds us the last dialogue of astronaut stepping into the world of darkness which is repeated infinitely and chaotic. It makes us excited waiting for our ‘understanding’. The word left by Authur C. CLARKE when Evans finally greets elegant and beautiful solitude is “Johann Sebastian, here I come.” Is it able to ‘understand’ them by only playing the scenario we sent? Probably as to ‘understand’, we need to remind Ted Chiang’s words, “It is a piece of cake to understand our mental activity and remember the future.” The film means enough with its prologue about the mythological research of future. Then, shouldn’t we call linguists into and let them encounter the intelligent life in the next chapter? (JEON Sung-kwon)