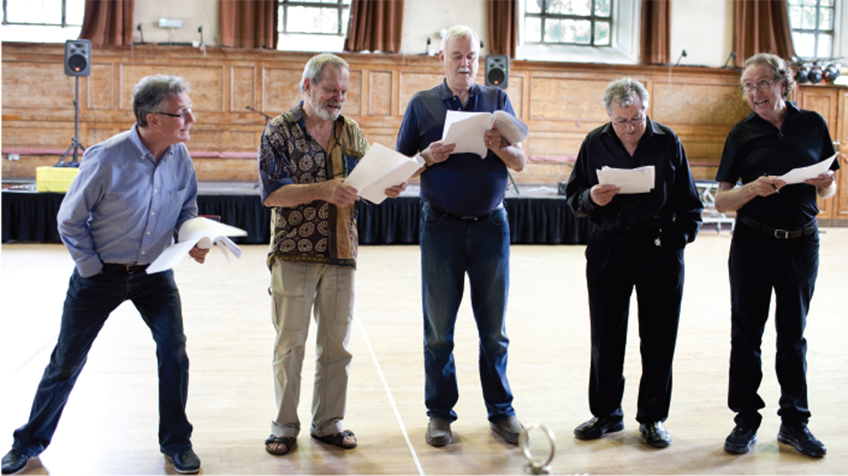 Monty Python - The Meaning of Live

This documentary follows the legendary stars of Monty Python as they reform and stage a show at the O2 in London in 2014. At the same time, the film takes a fresh new look at their world of comedy, which, in turn, leads us to reflect upon ‘the meaning of life’. Monty Python: The Meaning of Live is an homage to Monty Python’s The Meaning of Life, the final installment of the popular Monty Python series from which this film gets its title. With their graying hair, the surviving members of Monty Python who used to put on the stage performances full of coarse humor and absurd characters now appear dignified rather than goofy. To the disappointment of their fans, one of whom says “Don’t tell me it’s for money”, in reality, the first and foremost reason behind their decision to perform together was the need to pay off their debts. They discover that their memories are no longer so sharp and they are yet to get used to new technology in theatre, and the first show does not go as smoothly as they hoped. The ten shows they put on the stage turn into a journey of finding the right humor for their present situations, and elevating the existing conflict among the members into new energy. Rather than enjoying their green old age, the veteran comedians strive to start from scratch. In the style of Monty Python’s The Meaning of Life, this documentary chronicles that whole process along with the history of Monty Pythons as captured in archival footages and witty behind-the-scene interviews organized into chapters. The light-hearted jokes that they make on stage overlap with what they have been through so far and offer laidback insight into life and comedy. Terry GILLIAM’s claim that they must ‘break the barrier between silliness and intellectual jokes’, coupled with the cameo appearance of Steven Hawking who sings ‘Galaxy Song’, delightfully conveys the core philosophy of Monty Python; if we cast off all pretensions of seriousness and look at life from a distance then everything turns into a comedy. This documentary offers so much more than merely the fun of watching elderly Monty Pythons behind the scenes and some hit numbers from their glory days. (SEOL Suan)