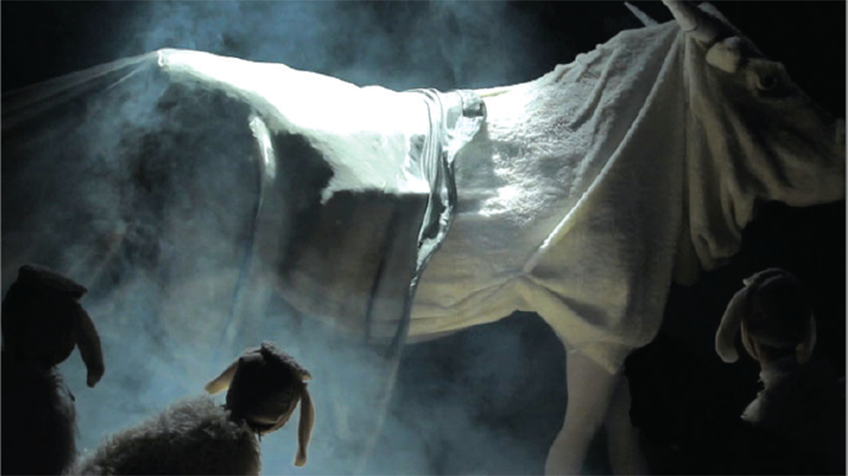 It Will Ba a Country

The idea of It Will Be A Country was born from these questions. An unplanned and spontaneous journey to undertake with a child, to begin to confront and gather together a handful of themes that formed a sort of album, a compendium of the things I felt are prerequisites for a civilised country: the right to work (ideally not on a short-term contract and risking life and limb), a love for the land, the landscape and the environment that is our home, a sense of the limits that exist, the value of courage and a respect for the rules, an opening up to knowledge and the meeting with different cultures and beliefs, the Constitution, examples of good government… Three years of intense labour, in the midst of which there is a human, working and geographical path that is long and profound, lived with young Elia and an enthusiastic and tireless crew. We travelled so as to be able to listen, to produce a little film that would speak directly to children and school pupils, as a starting point for a first exploration of and reflection on reality. And it is for this reason that the many meetings that occur in the film are interwoven with dreamlike and abstract visions, as though simple reality, to be knowingly welcomed by a child of ten, cannot but be merged with Myth, which is play, memory, origin. There are countless documentaries on single topics that study in depth the themes we only touch on here. This was my intention: to experience a bird’s-eye view of Italy today, a reconnaissance mission, a partial, imperfect offering, that might function as a spur for young people to proceed beyond the film, each following their own soul on their own two feet. It Will Be A Country does not speak of new things but, allowing itself to be guided by a different point of view, it tries to describe them in a way that is Fresh. (Nicola CAMPIOTTI)