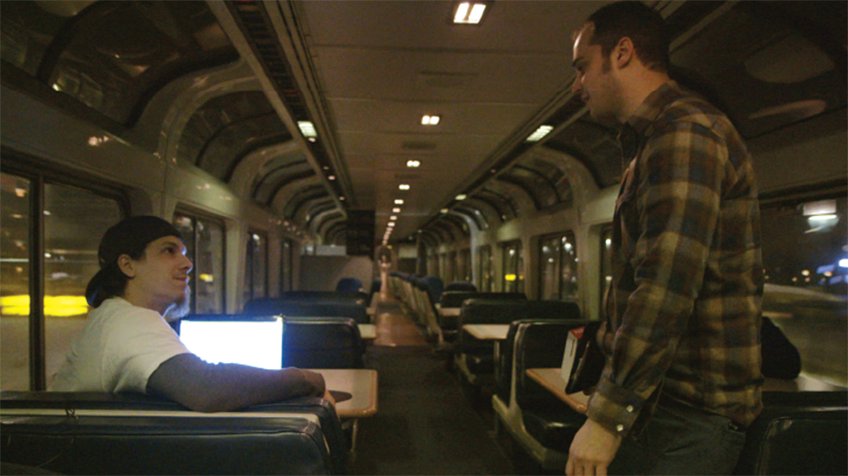 It was not long before Albert MAYSLES passed away when I watched the final cut of In Transit, which was a result of collaboration between “the dean of documentary film making” and four young documentary film directors. To produce this film, Maysles, for years, recorded accidental encounters with passengers on the Empire Builder train that connects Chicago and Seattle. He was onboard the special space of train with the passengers who were in transit, away from their lives and moving towards the same destination. The passengers, most of them being low-income individuals who use the only public transport that connects the two cities, tell their own stories. As Maysles believes that everyone has a story to tell, the passengers put their anonymity away in front of the camera: a mother who found a daughter whom she has been missing for 47 years; a pregnant woman that waits the train to arrive at its destination before she delivers her baby; beyond the imminent moment of birth, there is a man who is told that he will die soon and wants to capture the green field in a photo for the last time in his life... Aged 88, the old director took on the trip to another world, leaving a warm portrait of contemporary Americans who opened their lives to him as neighbors on the same train. (CHO Myoung-jin)