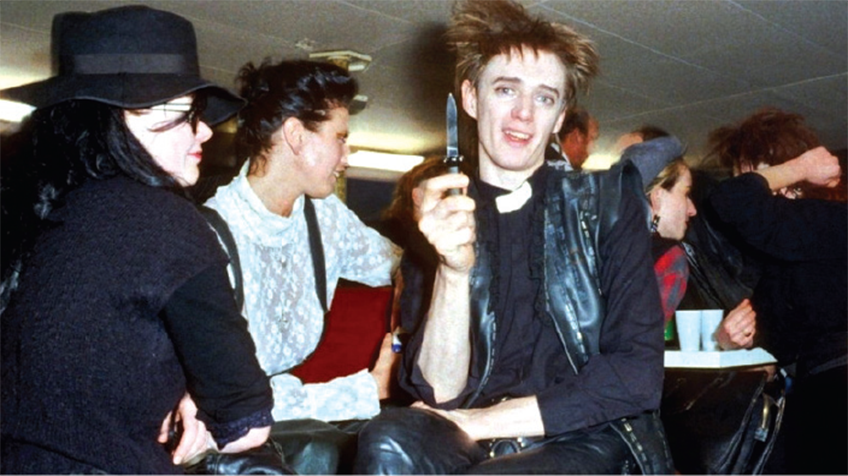 At the end of the 1970’s, West Berlin is filled with drugs, trash, and punk rock. Mark Reeder who is mesmerized by the powerful and unique West Berlin punk goes there one day leaving the depressing Westchester scene in England behind. Through the eyes of Mark REEDER who wants to become a Berliner, B-Movie rhythmically shows West Berlin’s transformation occurring from 1979 until right before the unification of Germany in 1989. At that time, it is not too difficult to find musicians like David BOWIE in the hottest nightclubs - Risiko and Dschungel - in West Berlin. Not only famous artists such as Thierry NOIR and Keith HARING but also unknown artists discover the scars of the Berlin Wall to use as a canvas for artistic creation. Centered by art and music, West Berlin is reborn as a desirable place where artists all over the world want to be at. What makes B-Movie stand out is the musical rearrangement in the West Berlin music scene that ranges from punk to techno in 1970-1980’s. In particular, edited and personally selected by the three directors who have experience as TV producers, ‘Mix Tape’ is exceptional. If you want to enjoy some West Berlin music that may be unfamiliar to Koreans as well as music from well-known bands such as Tangerine Dream, Sex Pistols, David BOWIE, and Joy Division, then BMovie is the right choice to watch. (KANG Bo-ra)