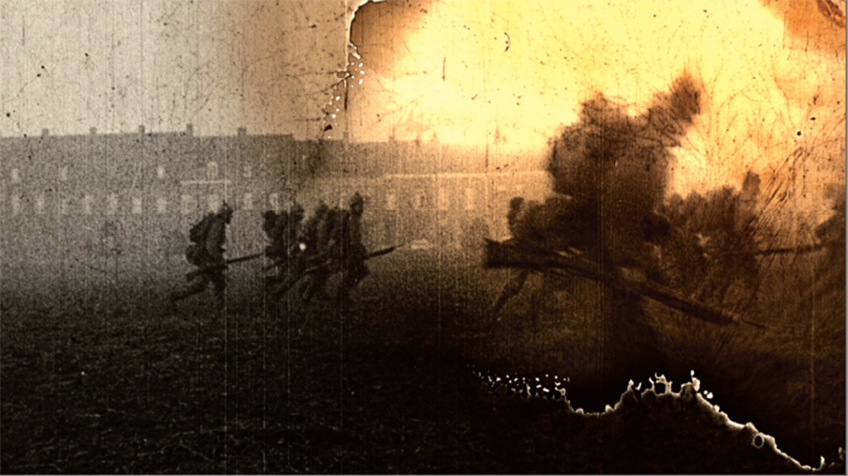 Bill MORRISON has expanded the techniques and styles of found footage filmmaking over the past two decades. By turning degraded film stock culled from film archives into lyrical plays of its material substrates both manually and chemically, his work has introduced to found footage filmmaking the aesthetics of disappearance and decay, both in the sense of the growing death of film and in the sense of the erasure of the subjects preserved in it. In his latest 40-minute work, Beyond Zero: 1914-1918, MORRISON explores footage shot during the First World War. In so doing, he rigorously foreground the effects of celluloid’s chemical decay that only intermittently appears in his previous film The Great Flood, by deploying brand new HD scans of these deteriorating, 100-year-old films. This footage—training exercises, parades, troop movements, combats, and bombings—is not only “a record of war as a series of documents passed along to us like a message in a bottle,” as MORRISON explains, but also a metaphor of film’s own materiality as well as a relation that the materiality has to the history of the 20th century. The informal and explosive qualities of the deteriorations on the footage’s surface are in sync with the traces of violence and destruction inscribed in it. The history of violence and destruction evokes the inevitable mortality of film that documents them. Using speech records, air-raid sirens, and musical excerpts from BARTÓK and Byzantine hymns, Serbian composer Aleksandra VREBALOV creates the film’s score, which adds a lyrical and dramatic tone to the harmony of cinema and history. (KIM Ji-hoon)